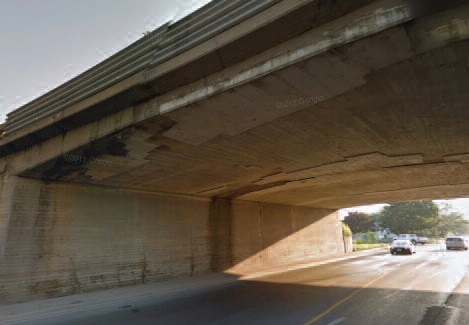 Work has started on the $26.8 million replacement of Barrie’s Tiffin St. Bridge.

According to Merx, the low bid for the project tender, which closed on May 31, was $26,874,000, from Dufferin Construction Company, a division of CRH Canada Group Inc.

Most of the construction costs will be covered by provincial infrastructure funding through the Ministry of Transportation, with the City of Barrie paying about $5.5 million.

“The section of highway behind us was built in 1955, and it has since become one of the busiest provincial highways in Ontario,” transportation minister Steven Del Duca said at the announcement.

The construction will simultaneously replace the Tiffin St. overpass, and repair the Barrie-Collingwood Railway overpass.

“Construction is set to begin next month and will be completed by the fall of 2018,” Del Duca said.

The bridge is expected to be 26 m. wide, compared to 15.5 m. now. The project will widen Tiffin to five lanes, two bikes lanes and sidewalks, from Ferndale to Lakeshore Dr.

A staged replacement of the Tiffin St. overpass is being proposed. Image of existing bridge from Google Street View.