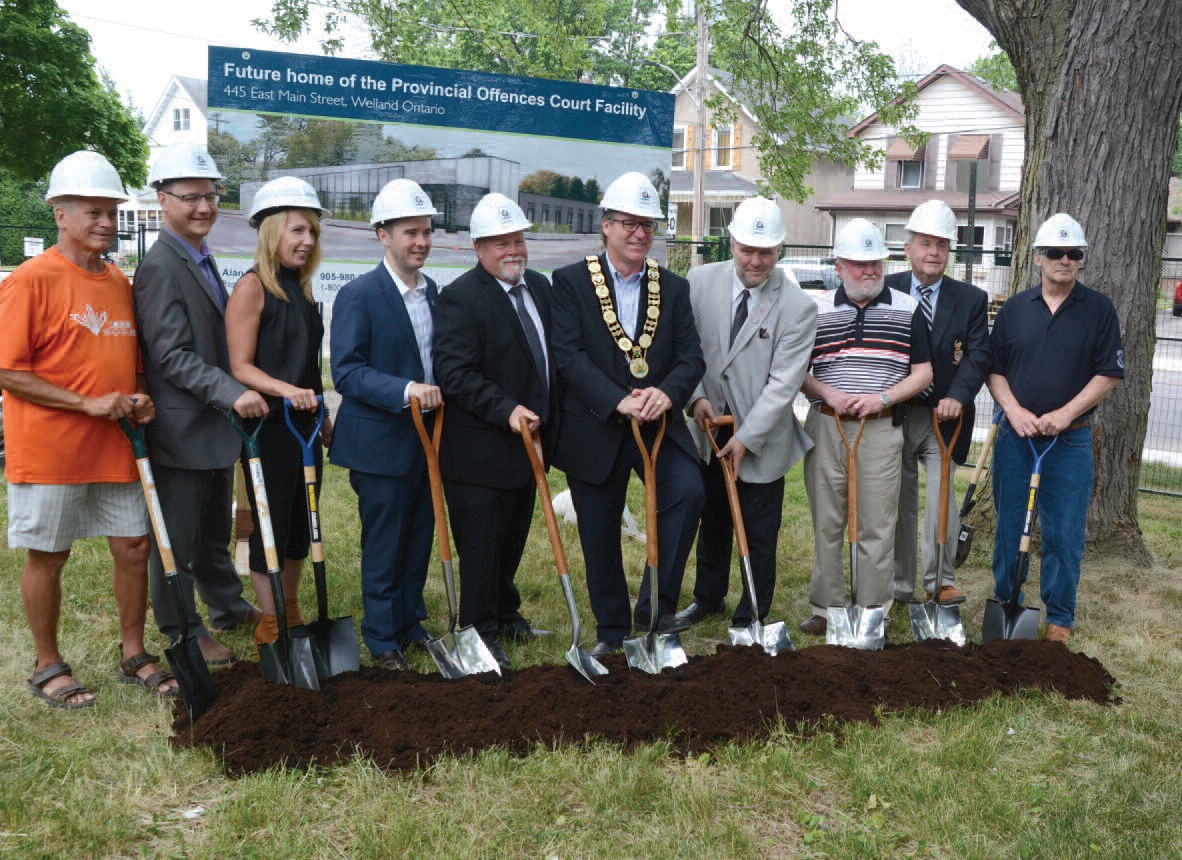 Niagara Region and the City of Welland have broken ground on a new $12.4 million Provincial Offences Court Facility at 445 East Main St. in Welland. When completed, there will be a singlestorey courthouse with new public parking areas, landscaping, site lighting, and fencing.

The region anticipates that work on the site will begin in early July. First, the existing building that housed the former Empire Public School will be demolished and then construction on the new building will begin. The project will take 14 months to complete, by the fall of 2017. The region’s news release says Atlas Corporation, “in business for more than 65 years with extensive experience in the construction of public buildings of a similar type,” will be the project’s general contractor. The company was awarded the project in May following a competitive bidding process that included a prequalification and tender, the announcement said.