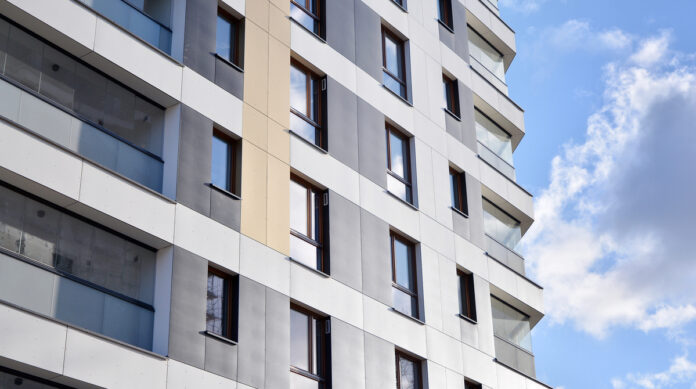 Urban Toronto reports that Wintrup Developments had submitted an application in late 2020 to amend the Zoning By-law for the project at the intersection with Brimley Road. IBI Group is the designer.

The L-shaped site, at the crossing of two major arterial streets, is comprised of two parcels known as 4415-4419 and 4421 Sheppard Ave. E. Currently there is a single storey commercial building, a two-storey detached dwelling converted for commercial use, and associated surface parking.

The developer proposes building a 32.5 m.-high building with a total gross floor area of 19,642 sq. m.  Most would be residential, but the proposal calls for 710 sq. ft. of street-front retail. There would be 243 dwelling units.

The Planning Rationale report submitted to the city for review says the new building responds to the current and evolving built form context of Sheppard – a commercial corridor characterized by low-rise commercial, industrial and retail uses – as an Avenue in Toronto planning parlance, and seeks to create an appropriate pedestrian realm. It also transitions down to the neighbourhoods to the south – composed of single-detached dwellings – and its design comprises numerous step backs to achieve this.