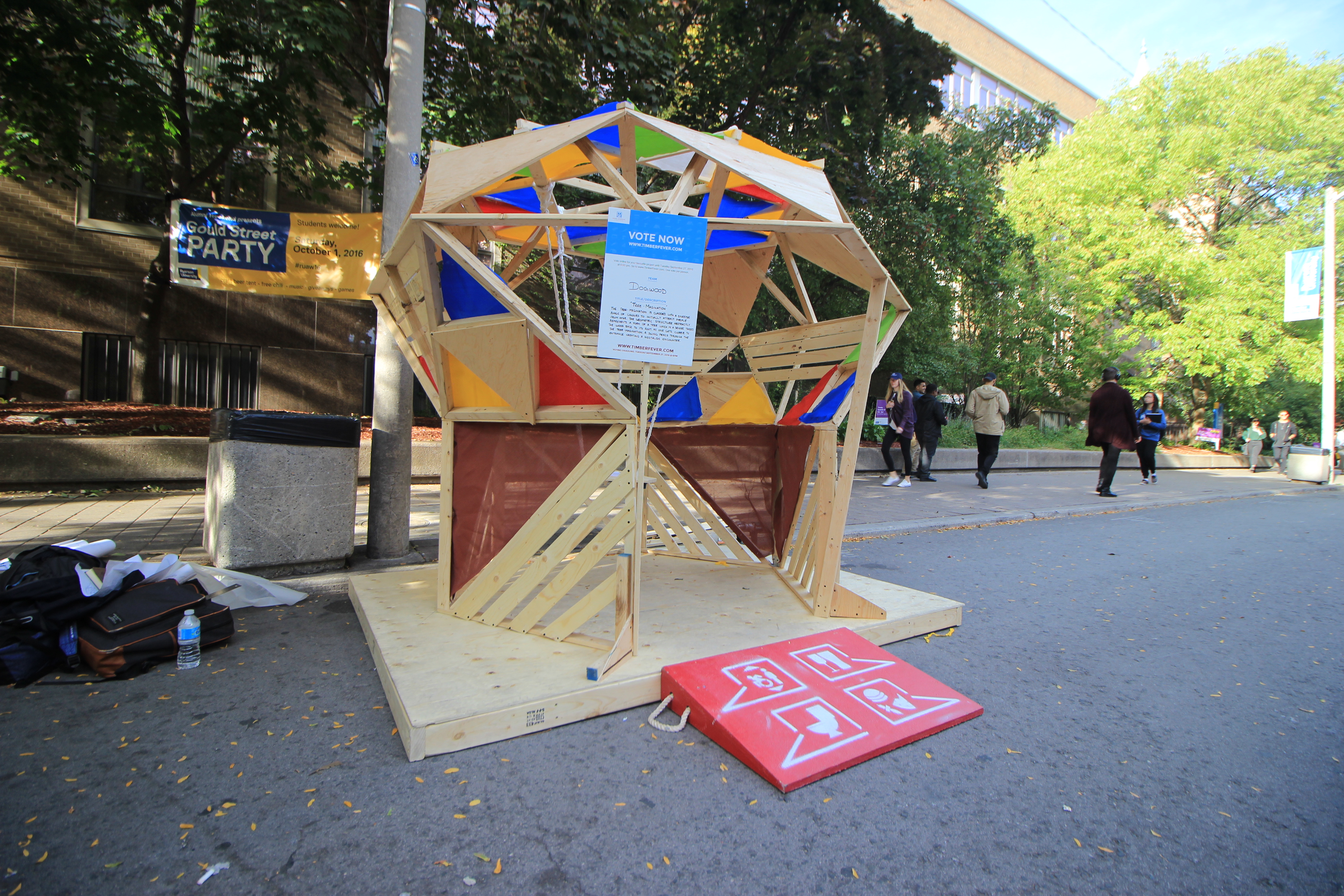 Eight teams of Ryerson University architecture and engineering students were able to turn design theory into construction experience in the second Timberfever competition in late September.

The 48 students were given some wood, fabric, and basic parameters – and had three days to design and build their projects, said David Moses of Moses Structural Engineers, who helped co-ordinate the contest.

At the outset, “the students don’t know each other – they don’t even know what the project is – and they have three days to design and build it.”

Members of the Carpenters Union were on hand to provide hands-on support and safety training (as many of the students had never experienced real construction work firsthand.)  Moses said the teams were deliberately chosen to include a mixture of second to fourth year students in both the architectural and engineering disciplines.

This year, the assigned task was to build an “urban refuge” – somewhere to take a break and recharge your batteries. There also was a provision to include a wheelchair ramp to show the challenges and opportunities of designing for people with disabilities.

The initiative was a “great success,” Moses said. “The students this year were supercharged and they put so much effort into it.”

Cash prizes were awarded to the first three teams, and to the “People’s Choice” winner selected through an online ballot. Winners were:  First place – Nest, by team Blue Beech; second place – Honeycomb by team Sugar Maple; and third place – Treemagination by team Dogwood.