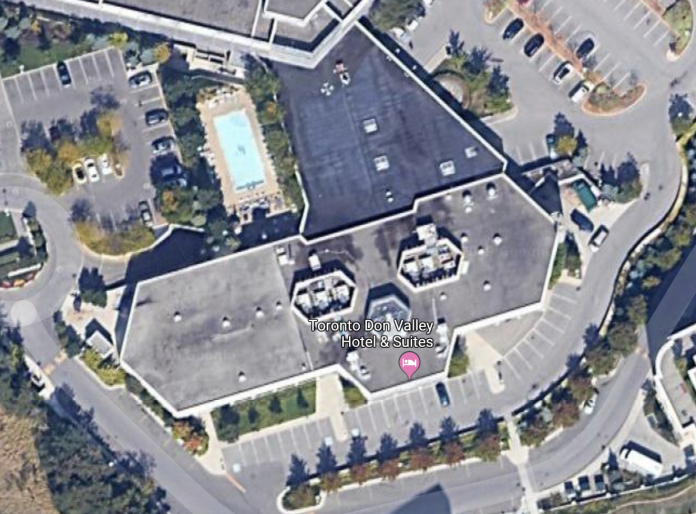 The Labourers’ Union pension fund is investing in a 5.4 acre Toronto development site through Fengate Asset Management and Freed Developments Ltd., which acquired the property for $102 million from Allied Hotel Properties Inc.

Fengate says in a statement on Tuesday that it “is managing this joint acquisition of the land at the intersection of the Don Valley Parkway and Ellington Ave. E. “on behalf of the LiUNA Central and Eastern Canada Pension Fund.”

The Real Estate News Exchange (RENX) reports that Allied sold the hotel building and site to  DVP Hotel Development LP for $102 million last year, with the transaction to close this month.

“The site is presently entitled for the development of numerous high-rise multi-residential buildings adjacent to the hotel, which will address the increasing need for transit-oriented residential units within Toronto,” Fengate says in its news release.

The site has direct pedestrian access to the Eglinton Crosstown LRT, which is scheduled for completion in 2021, Fengate says.
RENX reports that the site’s major attractiveness is its development potential, noting that the property received zoning approval in 2015 to permit the development of two residential towers totalling slightly greater than 585,000 sq. ft.

“A site plan application was submitted in 2018 which proposes 755 residential units in 32- and 39-storey towers along with parking, indoor and outdoor amenity spaces, and a restaurant,” RENX has reported. “The plan would retain the guest room wings of the existing hotel, while repurposing its lobby and convention centre.”

The statement says LiUNA’s pension fund has $8 billion in assets and is one of the fastest growing multi-employer pension funds across Canada,