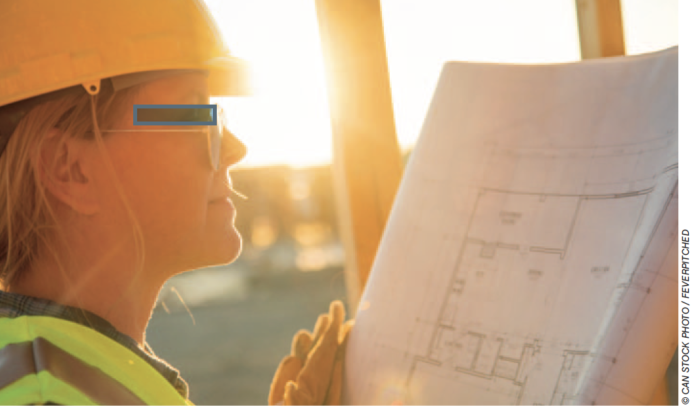 A thorny labour dispute involving unions, subcontractors and residential home builders in the Greater Toronto Area (GTA) has started to test the patience of thousands of home purchasers and construction workers and contractors, as the battling parties fight out the dispute at the Ontario Labour Relations Board (OLRB) and in the court of public opinion.

In the latest volley, the Residential Construction Council of Ontario (RESCON) issued a news release on Monday asserting that “continued illegal activity by Local 183 of the Labourers International Union of North America (LiUNA) has disrupted construction work on much-needed housing in the GTA and already resulted in closing dates being delayed for several thousand buyers.”

“Unfortunately, buyers are now paying the price for Local 183 seeking to expand at the expense of another union” (the International Union of Painters and Allied Trades (IUPAT),” the RESCON statement says.

However, Graham Williamson, an in-house lawyer for LiUNA Local 183, asserts that “RESCON has been quite misleading in their suggestion that there is a jurisdictional issue between Local 183 and the IUPAT and their claims of ongoing illegal activity by Local 183.”
“It is the position of Local 183 that the vast majority of unionized stucco companies, and stucco workers, in the residential sector of the construction industry in the GTA are bound to Local 183.”

The challenge that led to the dispute appears to be the fact that a significant number of workers responsible for stucco and Exterior Insulation Finishing Systems (EIFS) have traditionally been non-union. At the same time, many masonry contractors serving the residential construction industry are unionized, with employers represented by the Masonry Contractors Association of Toronto (MCAT).

RESCON says LiUNA 183, the largest union local in North America, has unfairly been putting pressure on builders who have decided to recognize formerly non-unionized stucco and EIFS workers who have joined IUPAT Local 1891. The IUPAT collective agreement is reportedly less costly for builders than is LiUNA’s contract.

“Local 183 is preventing bricklayers from working for builders if the builders use a stucco contractor that is not bound to a Local 183 agreement,” RESCON claims. It is a blatant attempt to interfere with stucco and EIFS contractors who are represented by the rival trade union. Builders have no obligation to use a Local 183 stucco contractor to complete their houses.”

RESCON says the OLRB on March 4 ordered Local 183 to “cease and desist from such activities but the union has not complied, leaving many homebuyers in limbo.”

“The union’s actions have forced delays in housing work at a time when builders are trying to deal with COVID-19 and make up for lost time,” RESCON says. “Thousands of families are now being punished through no fault of their own and are being prevented from taking possession of their new homes.”

“Bricklaying and stucco work has stopped on many sites and construction on units on some sites is grinding to a halt,” says RESCON president Richard Lyall. “The situation will only get worse and is happening because Local 183 is failing to abide” by the OLRB decision, he said.

However, Williamson, representing LiUNA local 183. indicates the story is much more nuanced.

He said that Local 183 is part of a council of unions known as the Masonry Council of Unions Toronto and Vicinity (MCUTV).

“The Union is not stopping any of our members from working. The MCUTV has a collective agreement with the Masonry Contractors Association of Toronto Inc. which applies in all sectors of the construction industry, excluding the ICI sector.”

“The MCUTV Agreement covers EIFS/stucco, in addition to brick, block and masonry,” Williamson said in an email to Ontario Construction News on Monday.

“The union has been policing and enforcing the MCUTV Agreement and where there are non-union workers, whether bricklayers or stucco workers, indicating that it will be filing grievances against the MCTUV contractors.

“In response MCUTV contractors are trying to get the full scope of work in their contracts with the builders, or to get letters from the builder confirming that they won’t use non-union trades, so as to avoid grievances from the union. This is what is expected by the MCUTV collective agreement.”

Things grew complicated when contractors working for residential builders, seeing the pressure to unionize the non-union stucco and EIFS workers, decided to accept certification from the IUPAT.

Unionized masonry contracting businesses also working on the home builders’ sites were caught between a rock and hard place. Their collective agreements called for them to work with LIUNA through their MCUTV agreement. If IUPAT also represented trades within their jurisdiction on the job sites, this could create situations of conflict and pressure. In response, they decided to withdraw their services from the conflicting job sites, resulting in the OLRB hearing and decision in early March.

Williamson observed that “the union has agreed with MCAT that priority should be given to the unionized home builders who have a subcontracting obligation to only use MCUTV bricklayers. “However, we have also agreed that we will not request that bricklaying contractors move from non-unionized builders who have committed that all work covered by the MCUTV agreement.

“But the union can only enforce its collective agreements on behalf of our members. It does not control where contractors work.”

“There is a general shortage of skilled tradespeople in the GTA,” Williamson wrote. “The COVID-19 pandemic has made it harder for the union and contractors to find new workers to meet industry’s demands. In these times, the MCUTV contractors have their pick of work, and are going to builders who presumably pay them well, have clean job sites, and where they won’t have any issues.

“These are business decisions that they make, and are in response to the decisions of individual builders,” he wrote.

In other words, LIUNA is arguing that the unionized masonry contractors aren’t engaging in any sort of illegal work stoppage – they are simply deploying their resources to the jobs where they can be most profitable and avoid union grievances and disputes, which Williamson says the OLRB has confirmed the union has the perfect right to pursue.

“We all know that builders have no subcontracting obligations regarding stucco – neither to LiUNA nor to any other union,” Williamson says. “They make their own decisions on who to use based on their own perceived best interests. Prior to Local 183 organizing stucco workers, the stucco on residential sites was done non-union.

“Our discussions with individual home builders was in response to their requests for help in trying to get more bricklaying crews,” Williamson said. “Understandably, every builder thinks their projects are more important than those of their competitors, and they want priority with the trades.

“The union (LiUNA 183) tried to work with those home builders and act as a go-between with the masonry contractors. It is unfortunate that RESCON doesn’t want to work with the union or to try to assist its members. Instead it has decided to try and smear the union in the press.”

“We accept the decision of the OLRB and are abiding by it,” Williamson wrote. “However, the Board did not order any bricklaying or stucco company to change its work assignment.

“The Board noted at paragraph 95 that it would not order specific masonry contractors to perform certain work for certain builders at certain times. Also the Board did not tell the union to stop enforcing the MCUTV agreement. In fact, the board’s order (paragraph 98(c)) specifically noted that “This does not prevent the union from filing any grievances pursuant to its agreement with MCAT or advising of its intention to actually do so.”

“There has not been an unlawful strike by LiUNA” Williamson wrote. “The contracts entered into by builders, and how they schedule their projects, are under their control – not the union. The decision of RESCON or certain builders to favour non-union stucco contractors may have an impact on the timing or quality of those projects. But again, that is not something that Local 183 can control.”

Meanwhile, RESCON has turned to the public to air its frustration with the situation.

“No one wins in this situation,” RESCON’s Lyall said in a statement. “The homebuilders are handcuffed, the buyer is left in limbo, and construction workers lose jobs.”

“The construction industry is a critical component of Ontario’s economic recovery and home building is an essential service because shelter is a need,” the RESCON statement says. “It is patently unfair for local 183 to prevent bricklayers and stucco contractor from different unions working side-by side.” 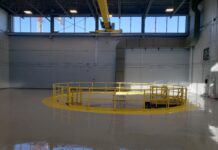 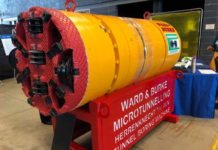 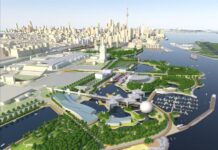 $15 billion transit funding announcement a step in the right direction:...