Tony Dean’s review of the Ontario College of Trades (OCOT) will result in changes that address the concerns of non-union employers and the Labourers Union, especially in critical areas such as scopes of practice and the criteria and process to be applied for apprenticeship ratio reviews and compulsory certification applications.

The provincial government has announced it will implement Dean’s proposed changes. Already, at least one trade union has issued a news release expressing dismay that the recommendations will be implemented without further review or consultation, a sign that advocates for changes to the OCOT processes will be welcome by contractors on the other side of the labour relations fence. 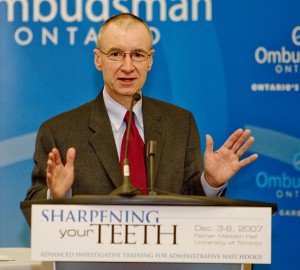 The International Brotherhood of Electrical Workers Construction Council of Ontario issued a news release shortly after the Dean Review report was released on Nov. 20, saying it :is extremely disappointed to learn that the Ontario government is moving forward on implementing a review of the Ontario College of Trades (OCOT) prepared by Tony Dean for Training, Colleges and University Minister, Reza Moridi.

“We expected the government would invite comments on Dean’s proposal so there could be broad industry consultation and acceptance. Instead, we are being told this is the way it’s going to be,” said John Grimshaw, executive secretary-treasurer for the IBEW CCO.