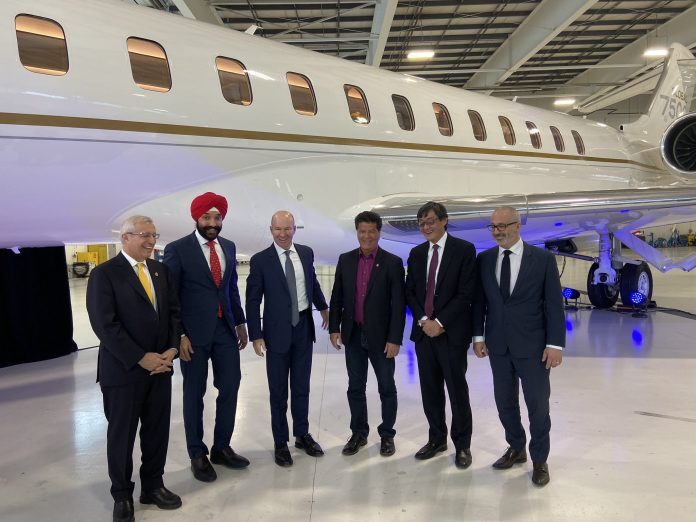 With preliminary site work underway in Mississauga and first production activities expected to begin in 2023, the cutting-edge facility on a 41-acre site will optimize final assembly operations for all Global business jets, including the industry flagship Global 7500 business jet.

“This is a strategic move for Bombardier and a strong commitment to Ontario’s aerospace industry. It will allow us to offer world-class career opportunities and continue fuelling the economic development of the region for years to come.”

The one-million square-foot facility will combine thousands of highly skilled employees with 21st century production and tooling innovation. Bombardier employs the highest caliber technology throughout the manufacturing process of the Global 7500 business jets, including a state-of-the-art automated positioning system that uses laser-guided measuring to ensure major aircraft structures, such as the wing and fuselage, are joined consistently and perfectly each time.

“Aerospace is one of the most innovative and global industries in Canada. This new facility will showcase Canada’s aerospace industry, support our highly skilled workforce and will be a hub for the world-class aircraft produced in the Greater Toronto Area. It will also demonstrate Bombardier’s leadership in business jets for years to come,” said the Honourable Navdeep Bains, Minister of Innovation, Science and Industry.

Combining human ingenuity with the most advanced machines, the Global 7500 final assembly line in Toronto is a testament to the industry’s most advanced business jet.

This strengthened commitment to the Greater Toronto Area will also leverage significant recent R & D investments and a continued collaboration with Ontario’s colleges and universities for world class training, research and development.

Bombardier also confirmed it will continue to support the aerospace heritage of the Downsview site with a multi-million-dollar contribution to the Downsview Aerospace Innovation and Research Consortium (DAIR) to develop a visionary aerospace hub for academic research and training activities. The contribution includes $2.5 million CAD in capital funding to refurbish the historic Moth Building, where wartime Mosquito fighter bombers and Tiger Moth trainers were produced.

“We are pleased that Bombardier has chosen to continue to invest in Southern Ontario by locating its new Manufacturing Centre for the Global business jets at Toronto Pearson,” said Howard Eng, GTAA president and CEO. “Toronto Pearson and the many aviation assets in the region continue to serve as an economic magnet, expanding the valuable aerospace sector in our region and the province.” 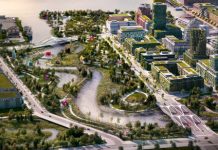 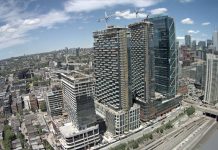 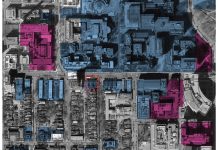