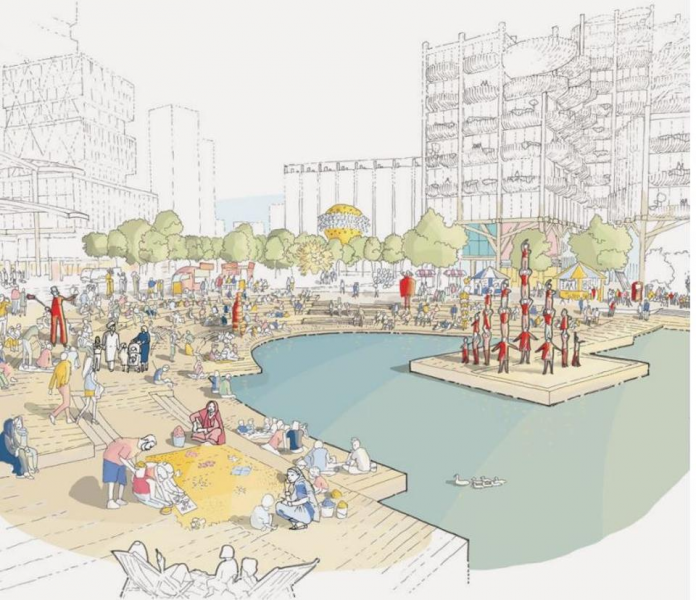 A massive, three-volume, 1,500-page document has been released for public consultation on plans for Toronto’s eastern waterfront region.

The Master Innovation and Development Plan (MIPD), entitled Toronto Tomorrow, was proposed by Sidewalk Labs, and released by Waterfront Toronto on June 24.

In its essence, the plan aims to create a new kind of community for Toronto’s waterfront, with a focus on mixed-use buildings and neighbourhoods, and that offers sustainable buildings, improved affordability, and services planning that’s driven by data.

Volume one explains the physical changes that are proposed, and how much they might cost. Volume two describes the social and environmental responsibility angles of the plan – how the plan addresses sustainability, affordability, and improved public access to the area, while the third volume outlines how the plan might come to fruition, through leadership, consultation, and management.

Waterfront Toronto’s forthcoming “Note to the Public” will assist public consultation through an abbreviated explanation of the plans and their proposed implementation.

While Waterfront Toronto did not create the draft plan, it did consult with Sidewalk Labs in the process. Stephen Diamond, chairman of the board of directors of Waterfront Ontario, released an open letter expressing first impressions of Sidewalk Labs’ plan. “Based on our initial review of the MIDP, there are a number of exciting ideas that respond to challenges we face, particularly related to environmental sustainability and economic development,” the letter read.

However, it also outlines a few areas of concern in the plan, including Sidewalk Labs’ inclusion of a large area the company is calling the IDEA district, that extends far outside the initially planned Quayside region. Diamond also notes that while Sidewalk Labs proposes to be the main developer, a competitive and public procurement process would have to be executed to find developers to partner with Sidewalk Labs.

Diamond says the board wants to know what the public likes and dislikes about the plan, concerns that arise from it, and under which conditions the plan should move forward.

The proposal identified vision statements for each of three priorities “for the betterment of all,” including residential units available at 40 percent below market prices, sustainable buildings, and a public realm that encourages outside togetherness. In one of the more contentious elements, the proposal also discusses digital innovations to solve urban challenges and “establish a new standard for the responsible collection and use of data in cities.” It the plan, data is used “to improve city services.”

Since its release, there has been much public discussion of the plan, including some direct opposition. After the release on June 24, the watchdog group Friends of Canadian Broadcasting said the federal government should stop supporting the plan, because Sidewalk Labs, owned by Google parent company Alphabet Inc., is looking to take over the project from our elected officials. “Google is saying they will build our cities and run them instead of the governments we elect,” spokesperson Daniel Bernhard of Friends said.

Sidewalk Labs CEO Dan Doctoroff’s statement in a June 24 press release seems to negate this idea, saying “We are not interested in creating a corporate campus or a gated community, but rather a diverse neighbourhood that embraces the complexity and serendipity that makes cities great. Our plan puts the public sector in the driver’s seat in a way that stands in contrast to the clashes between other startups and city governments.”

Another objection is that the plan proposes a number of elements that require further infrastructure and building codes that involve separate government bodies’ approval before anything can move forward. For example, the Quayside plan assumes a light rail extension to reach the neighbourhood, and the construction of sustainable mass timber buildings, requiring building code changes.

Sidewalk Labs is an urban innovation organization of technologists and urbanists that explores ideas for a different kind of urban life. Doctoroff says the Toronto Tomorrow MIDP was put together after 18 months of input from over 21,000 Torontonians.