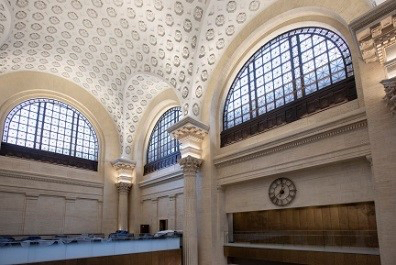 The planned project at 235-245 Queen St. E. in Toronto by developer One Properties has evolved several times since it was first proposed in 2016, DataBid.com reports in its blog.

The site is located on the south side of Queen east of Sherbourne and will include a mix of residential units, office and retail space. According to Urban Toronto, One Properties was called WAM Development Group when the proposal was first introduced.

The original proposal was for three towers, 39, 45, and 39 storeys in height. The Arquitectonica-designed plan included retail and 1,645 condominiums. It resembled the Well development currently under construction to the southwest.

Things did not go well at the Toronto Design Review panel in May, 2016. The panel objected to the height of the towers and voted unanimously for a redesign.

Nevertheless January, 2017, the project grew in scale and size – at 47, 52 and 56 stories, with the residential units increasing to 1,820 spanning the three towers after the city had established Queen and Sherbourne as the location for a station on the Relief Line. (Also, a 150 room hotel was added and a greater number of heritage facades were retained at the recommendation of the Design Review Panel.)

Then, in 2018, the developers presented a completely redesigned design, with reductions to both heights and number of units. This time around, the number of units declined to 1,468 units, with lower building heights. “This proposal included more heritage facade preservation as well as a new 1,400 sq. m. public park.”

By August last year, the developers and city agreed to a further refined version, with the latest plans submitted in June, 2019 with these changes.

The developer will contribute funds to the city for capital initiatives such as improvements to Toronto Community Housing Corporation properties in the vicinity, DataBid reports.

According to Buzz Buzz Home, the Queen and Sherbourne development is within walking distance to downtown Toronto, the waterfront, the entertainment district, the Distillery District and is the center of a vibrant new community along the Queen East corridor. The project will have residential suites as well as retail and office space and will feature cafes/restaurants, boutique stores and a public park.

Buzz Buzz says the project in its current form would be for three towers of 37, 28, 24 stories, with 1,468 units. DataBid indicates a general contractor hasn’t been selected yet, but the project will likely be bid in phases.