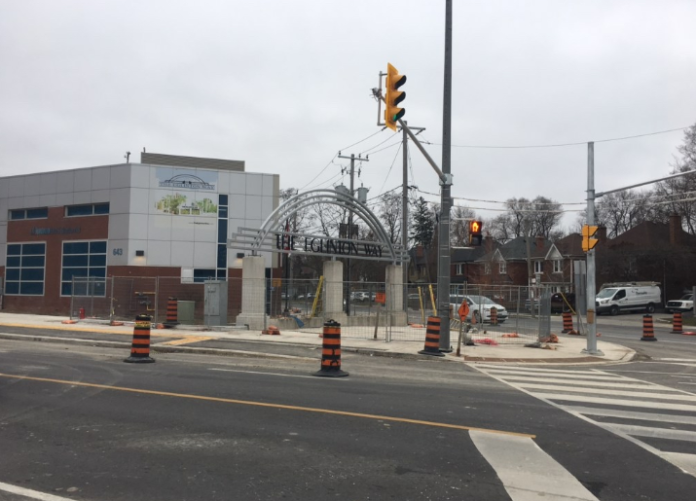 The Amalgamated Transit Union Canada supports the call for a public inquiry into the Eglinton Crosstow LRT.

“ATU Canada supports the call for a public inquiry as we have seen constantly failed LRT expansions across this province, from the Confederation Line in Ottawa to the Eglinton LRT it’s the same rhetoric,” ATU Canada president, John Di Nino, said in a statement. “Private Public Partnerships deliver billions in profits to corporate friends of government and leave taxpayers to pay the bill for substandard public transit that does not work.”

Two Toronto city councillors are demanding an inquiry into the “delayed and over” Eglinton Crosstown project after reports of confidential documents that indicated there is no “credible plan” to complete the project.

Councillor Josh Matlow told reporters documents leaked to him and Colle suggest Metrolinx “has no idea” when the project will be finished, that its delay is the result of multiple problems, and that it the cost now about $1 billion over its original budget.

“There’s a litany of problems within this confidential document that was leaked to us that demonstrates dozens of failures still yet to be resolved,” Matlow said. “And what’s clear to me is that the real issues seem to be between the consortium, the contractors, and Metrolinx themselves.”

Colle and Matlow plan to introduce a motion for an inquiry next week at Toronto city council, calling on Minister of Transportation Caroline Mulroney and Metrolinx CEO, Phil Verster, to appear at the executive committee meeting in January to answer questions about delays, when the project will be completed and the expected cost.

“As we continue to see further expansion of transit with the Finch LRT and the proposed Ontario Line, we have also witnessed years of chaos for residents of these communities and the financial impact on businesses in these areas,” Di Nino said.

Eglinton LRT construction started in 2011and completion has been delayed three times.

At a news conference on Friday the transportation minister referenced the recent inquiry into problems with Ottawa’s LRT, saying the problem was “trying to rush a project before it’s safe to open.”

As for the Eglinton Crosstown project, Caroline Mulroney said there are technical issues that still need to be worked out.”

“We want it to open as soon as possible,” the minister said of the Eglinton Crosstown. “People are frustrated but they deserve a system that operates well and that operates safely when it does.”

Toronto Mayor John Tory said he is not in favour of a public inquiry, saying the process of building transit is often “long, slow and expensive.”

“I don’t think that a public inquiry … is really going to help us,” he said, adding he will be looking for lessons out of the Crosstown project to inform work on upcoming provincial-municipal partner projects such as the Ontario Line, Yonge-North extension, and Scarborough subway.