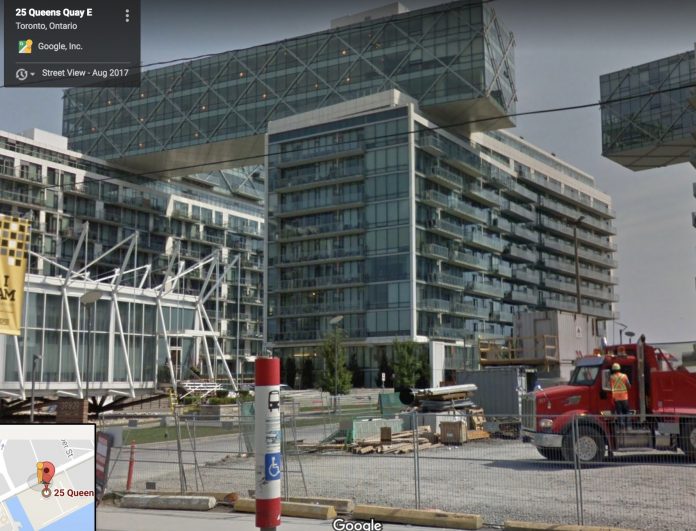 A Toronto construction company has been fined $90,000 for inadequate site signage after an 84-year-old man died by falling down an elevator shaft.

Dominus Construction (2005) Corporation pled guilty in provincial offences court on July 27, relating to the death of Carl Mollins, a former journalist, who died at the 25 Queens Quay E. condo site in 2016.

The Ontario Ministry of Labour (MoL) said in a news release the person who died “fell about 15 ft. down the shaft and later died from the injuries.”

“The individual did not have authorization to enter the building and investigators were not able to determine how or why he entered the building.”

“There were temporary doors installed at three entrances to the elevator shaft identical in appearance to other interior doors in the unit: simple wooden doors, without a handle/knob or lock,” the MoL statement said. “The knob hole was drilled out.”

“It was common practice at this construction site to close the access doors to the unit but to leave them unlocked while the workers were inside. Doors to the elevator shaft were typically held in the closed position by wedging a piece of wood through the pre-drilled knob hole of the door and into the pre-drilled knob latch hole in the door frame.”

The MoL said in the charge that “although there was some signage on the external fencing at the site indicating ‘Danger due to Construction,’ this signage was insufficient to warn of the hazard of the open elevator shaft, and there was no “DANGER – entry forbidden” sign on any of the doors leading into the shaft, as required by Ontario Regulation 213/91 (the Construction Projects Regulation, section 44).”

The Toronto Star reported that Mollins’ family, including his daughter, pushed an initially reluctant MoL to lay the charges. “If I hadn’t done that, I don’t think anything would have happened,” Julie Mollins told the newspaper.

The Star reported that officials at the ministry initially balked because her father was a “pedestrian” and not a construction worker. Mollins said she hopes the province learns to be more responsive to average citizens injured or killed on construction sites.