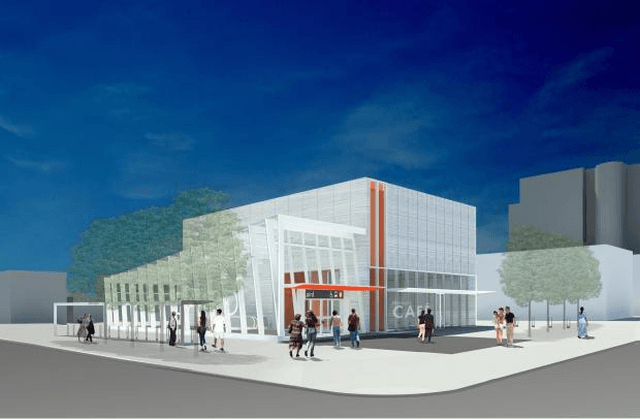 Shortly after Premier Kathleen Wynne attended the June 30 groundbreaking of the East/West Eglinton Crosstown subway’s Laird station, The Regional Municipality of York and York Region Rapid Transit Corporation kicked off a campaign to educate and rally the public in support of the north/south Yonge Subway Extension north to Highway 7 in Richmond Hill.

The Eglinton Crosstown, with an expected capital cost of $5.3 billion, is the largest transit project under construction in Canada. The Laird station groundbreaking, near the midpoint of the 19 km. Light Rail Transit (LRT) line follows the March start of the first underground station in Keelesdale. By the end of the summer, more than half of the underground stations on the 25-station line will be under construction.

Meanwhile, in late May the Ontario government announced it is providing more than $55 million to continue planning and underground design work for the Yonge Subway North Extension project. However, the total cost of the project is estimated to be $4 billion (in 2015 dollars) and a long-term funding commitment by both the provincial and federal government is required.

“The Yonge North Subway Extension project is now on track and moving forward thanks to the generous support of our partner, the Government of Ontario,” said York Region Chairman and CEO Wayne Emmerson. “We now need to secure a long-term funding commitment to make this subway a reality.”

The Yonge North Subway Extension is the number one transit priority of York Region and will spur the creation of 31,000 jobs and sufficient housing to accommodate 48,000 new residents. It will also serve more than 165,000 riders per workday and provide lasting economic stimulus.

“The Yonge North Subway Extension is the number one rapid transit priority of Regional Council for good reason, there’s currently 20,000 people a day packed into buses along Yonge Street between Finch Station and Highway 7,” said Mayor Frank Scarpitti of the City of Markham and chair of the board of directors, York Region Rapid Transit Corporation. “It will also help us keep up with the tremendous growth and job creation we are experiencing throughout York Region.”

“Individuals and businesses across York Region have told us that increasing traffic congestion is by far their most pressing issue,” said Mary-Frances Turner, president, York Region Rapid Transit Corporation. “In response, York Region, along with our partners at Queen’s Park and in Ottawa, has made significant investments to increase and modernize our public transit options, including investments in Viva rapidways and the extension of the Spadina Subway into Vaughan. The Yonge North Subway Extension is the critical missing piece.”

The first phase of the campaign includes the official launch of a dedicated Yonge Subway Now website at www.yongesubwaynow.ca.