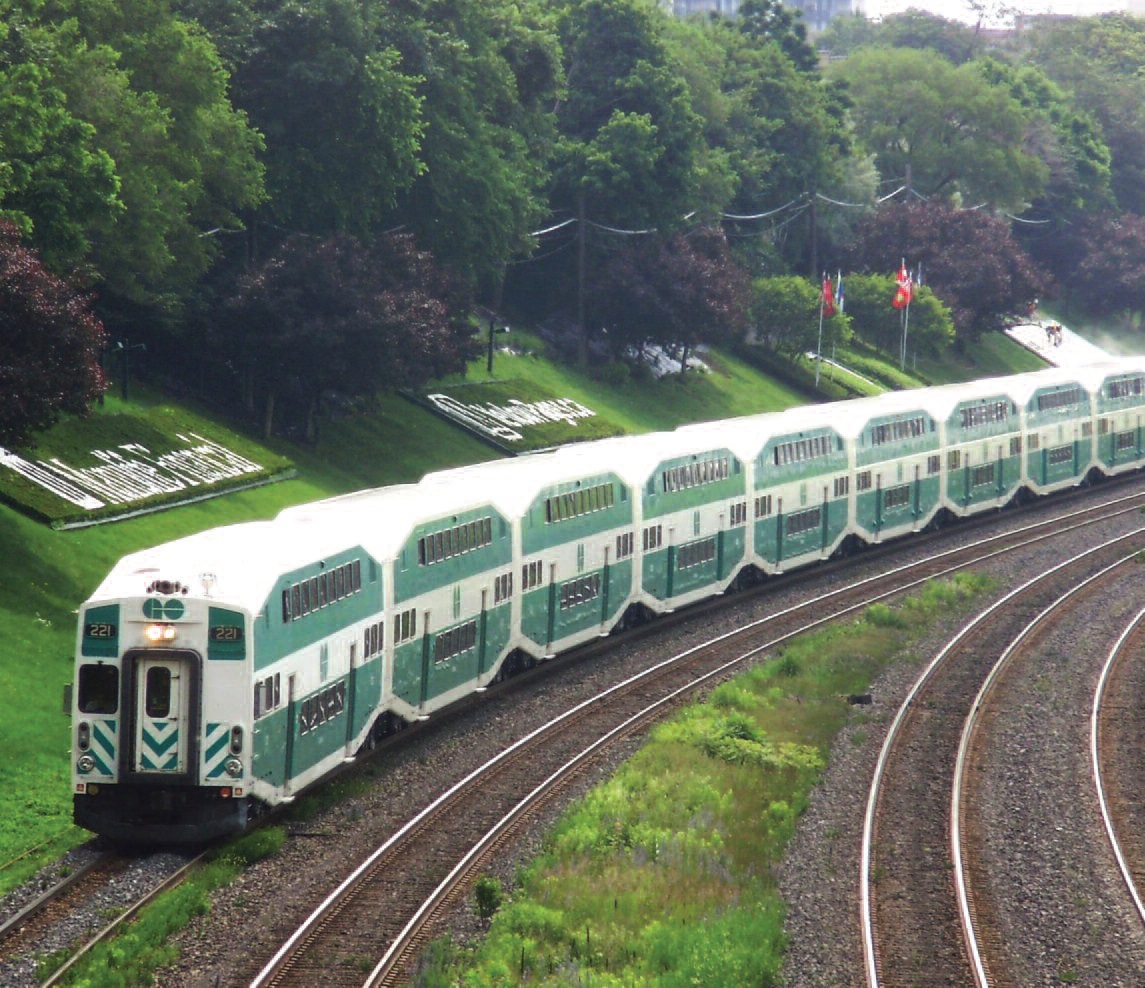 The provincial government has announced plans to build new stations and extend the GO commuter rail service to communities east, west and north of Toronto, but the announcements – issued separately for each extension – are vague on the costs and the exact construction implementation schedules.

In the eastern Durham region, the government says GO Transit will extend the Lakeshore East train line by 20 km. from Oshawa to Bowmanville, with service to start in 2024 at four new stations.

The four stations will be built at Thornton Rd. and Ritson Rd. in Oshawa, Courice Rd. in Courice and Martin Rd. in Bowmanville. Transportation minister Steven Del Duca said in a June announcement that one of the biggest components of the expansion will be the construction of a new train bridge over Highway 401 in Durham.

Meanwhile, in a separate announcement, politicians said there will be four new GO Train stations in Toronto’s west end, including St. Clair West and Liberty Village on the Kitchener line and Bloor St. and Lansdowne Ave., and Spadina Ave. and Front St. on the Barrie line.

And in a separate announcement, the government announced it would extend GO service to Grimsby by 2021 and Niagara Falls by 2023, with upgrades as well to the St. Catharines and Niagara Falls Via Rail stations.

“These all day, two-way service, stations here at Liberty Village and St. Clair West and Mount Dennis and Bloor (Smart- Track) will provide local service to the people of Toronto’s west end neighbourhoods,” the mayor said.

In another announcement, the provincial government said it would build three new GO Train stations along the Barrie GO Transit line as part of Metrolinx’s GO Regional Express Rail (RER) program – one each in the areas of Kirby Rd. in Vaughan, Mulock in the Town of Newmarket and Innisfil in Simcoe County.

GO Regional Express Rail is one way Ontario is providing faster, more frequent and more convenient transit service across the Greater Toronto and Hamilton Area, and includes electrifying core segments of the network by 2024.

The provincial news release says the program, which is being delivered over 10 years, will also help manage congestion, connect people to jobs and decrease greenhouse gas emissions by reducing car trips and improving travel times.

Del Duca said in third announcement that the western service extension will include a new layover facility in Niagara Falls, more passenger trains and 30 km. of new tracks. There will also be a new Confederation GO station in east-end Hamilton in 2021.