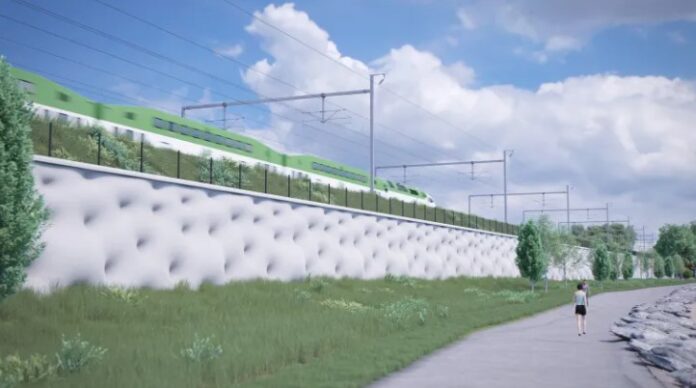 Metrolinx is partnering with ONxpress Transportation Partners to improve the GO rail system to be best in class. The winning team is led by Aecon, FCC Construcción S.A., (FCC), Deutsche Bahn, and Alstom, all leaders in their respective fields.

Aecon is currently working some of the world’s most complex infrastructure projects in Canada and abroad.

FCC is a Spanish engineering and construction company and one of the leading companies in its field in Europe. FCC has built over 2,600km of railway around the world

Alstom SA is a French rail transport company and one of the largest rolling stock manufacturers in the world. Alstom’s best-known products including the AGV, TGV, Eurostar, Pendolino high-speed trains, metro trains, and Citadis trams.

The GO Expansion – On-Corridor Works project is being delivered as a progressive design, bid, build, operate (DBOM) model, where Metrolinx, as project owner, will work collaboratively with the successful proponent team to further develop the design, risks, and responsibilities to deliver the project.

Now that Metrolinx has entered into the contract with ONxpress, a multi-stage design process – called a development phase – begins prior to the start of construction.

During the development phase they will finalize project scope, risk allocation, and target pricing. This allows for greater collaboration between Metrolinx, ONxpress, project partners, and communities, and allows for some early enabling construction to begin.

“Over the last two years, Infrastructure Ontario and Metrolinx have adapted our contracting approach for these important on-corridor works,” said Infrastructure Ontario CEO Michael Lindsay. “The result is the awarding of a contract that will allow us to work collaboratively with our partners to implement an expanded and modernized GO transit system in the GTHA that meets our future transportation needs.”

The project will also include the operations and maintenance of the GO rail network.

GO rail is expected to become one of the busiest railways in North America with over 200 million annual riders by 2055 – allowing seamless access to new subways, LRTs and municipal transit systems.

“The GO Expansion program is the backbone of a historic investment in transit, connecting new subways, new light rail lines and local transit into a tightly integrated regional network. This and more will be delivered by the ONxpress team, who proposed service levels that far surpass our GO Expansion full business case and will transform GO Transit into a world class transit system to move the region like never before,” said Phil Verster, president and CEO of Metrolinx.