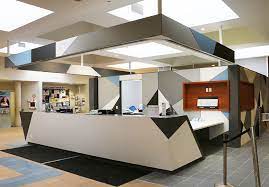 The Ontario government is contributing more than $45 million to support reconstruction of the South Common Community Centre and Library in Mississauga.

The new community centre will have expanded indoor and outdoor fitness spaces, an aquatics centre and a new gymnasium. This is in addition to a new 16,000 square-foot library and multi-purpose rooms for the Mississauga community.

“I am so pleased with this historical investment for Mississauga–Erin Mills, of $61 million in total funding for the South Common Community Centre and Library,” said Mississauga-Erin Mills MPP Sheref Sabawy.

“The South Common Community Centre and Library has been essential to the lives of many in our community, from our youth to our seniors here in Mississauga. It has been a cornerstone to our wonderful city.”

The total reconstruction cost of the South Common Community Centre and Library in Mississauga will be approximately $61 million.

Over the next decade, we are investing over $145 billion in Ontario’s infrastructure, including strategic investments in transit and highways, schools and hospitals.

Ontario is investing over $10.2 billion under the Investing in Canada Infrastructure Program (ICIP) to support public transit; community, culture and recreation; green; rural and northern and other priority infrastructure projects.

Solar LED lights up Grand Valley Park at might