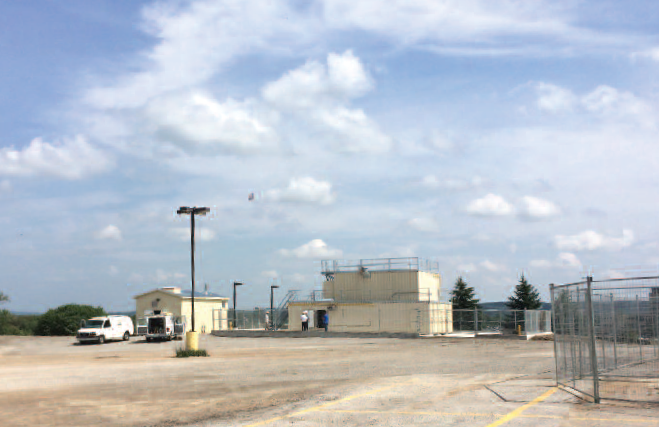 Work on Georgian College’s 13,600 sq. ft. Marine Centre of Excellence wrapped up in August with finishing touches on the centre’s Marine Emergency Duties (MED) Centre completed in time for students this fall.

Constructed by Allen-Hastings Ltd. and designed by MCL Architects, earlier work had included the construction of the Fire Training Facility which included a concrete slab with shipping containers, ladders and horizontal manholes to simulate the environment of a ship, and a pumping station.

“The pumping station is a single-storey 12×20 structure adjacent to the concrete slab which would provide the same volume and flow of water that would be available at sea,” says Barry Mellish, Allen-Hastings vice-president operations.

Using theatrical smoke and a propane powered fire simulator that mimics the types of fires participants will experience in real life, students have been training in and practicing what to do in case of a similar emergency on a ship since this component of the centre opened last fall.

A news release announcing $1.9 million in provincial and federal funding for the project, which was added to $2 million contributed by Grey County council and donations from the marine industry, noted the centre would provide a much needed setting for the “required introductory and advanced Marine Emergency Duties courses in firefighting, survival craft, life raft and immersion suit training, as well as first aid” that is “mandatory for everyone who works aboard ships and must be renewed every five years.”