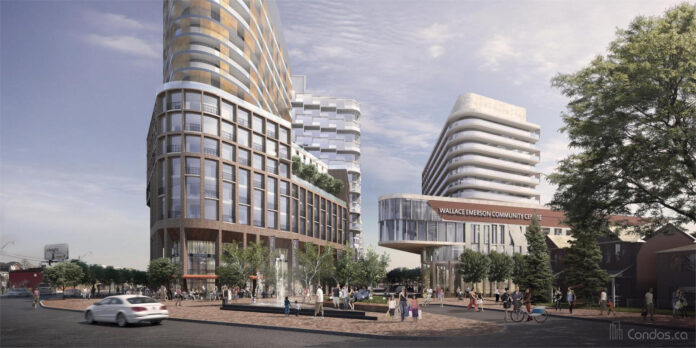 Toronto’s largest building permit application  in October relates to the redevelopment of the Galleria Mall. The $190 million permit for 1245 Dupont St. is for work on the Galleria 3 Condos on the mall site.

The mall, which originally opened in 1972, had been a single-storey enclosed shopping centre with about 50 tenants. Freed Developments and ELAD Canada purchased it in 2015, and in 2019, ELAD took control of the entire redevelopment project.

Hariri Pontarini Architects and CORE Architects have designed the 35 storey structure, with a massive 2,846 units.