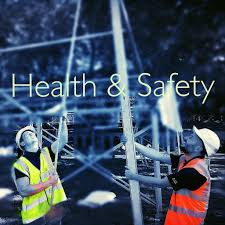 Residential builder Multi-Area Developments Inc. has pleaded guilty and was fined $55,000 after a worker on a construction site fell through a ground-floor opening and was injured.

A Ministry of Labour news release says on August 13, 2013, the company was constructing a 94-home project on Alden St. in Hamilton known as Summit Park.

“A worker hired by a subcontractor had been performing framing work and, along with another worker, was in the process of installing sheeting on the ground-level floor joists,” the news release reported. “A number of sheets had already been installed, and an opening was needed to accommodate the staircase to be installed. The worker fell off the edge of the sheeting into the opening and landed in the basement – a fall of about nine feet below the sheeting. The worker suffered injuries from the fall.”

Two workers were involved in the sheeting and neither were wearing fall protection while they were standing on the sheeting and therefore were exposed to falling into the basement. The workers were also not protected by guardrails while performing the task. “This violated Section 26.1 of Ontario’s Construction Projects Regulation (O. Reg. 213/91), which states that a worker who is exposed to falling through an opening in a work surface must be adequately protected by a guardrail system or by a method of fall protection,” the announcement said.

Multi-Area Developments Inc. pleaded guilty to failing to protect a worker with a guardrail system or a method of fall protection as required by law, and was fined $55,000 by Justice of the Peace Mitchell H. Baker in Hamilton court on June 7, 2016.

In addition to the fine, the court imposed a 25-per-cent victim fine surcharge as required by the Provincial Offences Act. The surcharge is credited to a special provincial government fund to assist victims of crime.