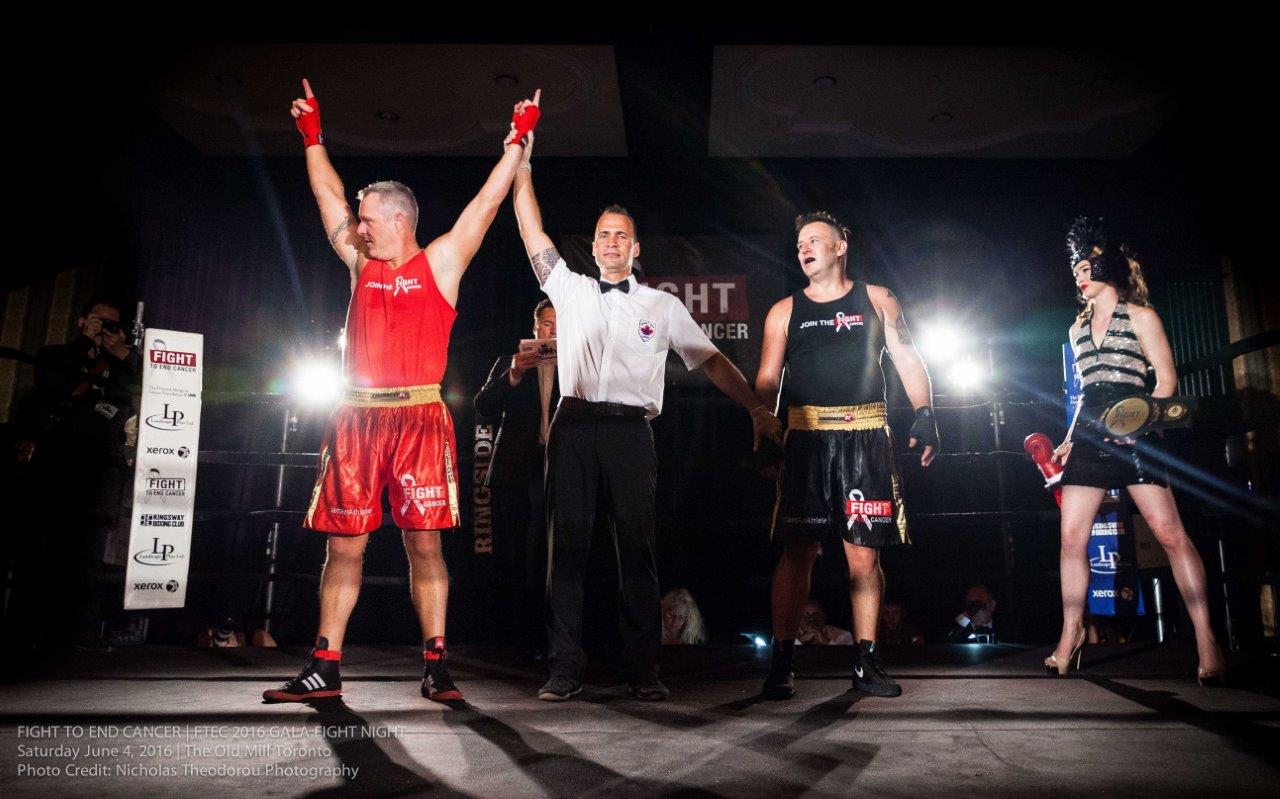 Held at the Old Mill Toronto, the sold-out event was hosted by CTV etalk’s Ben Mulroney and brought together some of the city’s top executives and influencers who cheered on five sanctioned Olympic-style boxing matches featuring 10 white-collar men and women with no prior boxing experience. Canadian Olympic-bound boxer Mandy Bujold presented awards for the female co-main event.

PCL employees are passionate about making a positive contribution in the communities in which they live and work. Raymond was introduced to FTEC by friend and co-worker, PCL Toronto business development manager Sean Donovan, who trained in the 2015 program and also won the main event.

“I knew from Sean the time and energy it would take to fully commit to FTEC on top of my career and family obligations, and I would be lying if I said the past six months was easy. I was so inspired by the movement that I couldn’t turn away, and I’m so glad I carried on because the journey was far beyond anything I could have imagined,” says Raymond.

“The experience to be part of something bigger for our community, something out of my comfort zone was beyond my expectations. I am thankful to have the support of an amazing group of friends, family, colleagues and sponsors who rallied behind me. I’m also honoured to have a new group of friends through the experience who committed that no matter whose hand was raised in victory inside of the ring, we were all winners in making such a personal commitment to reaching the ultimate goal of conquering cancer in our lifetime.”

Between the team’s fundraising through personal networks and money raised at the gala, the FTEC committee anticipates being able to donate over $170,000 to the Princess Margaret Cancer Foundation in 2016.

“Since its inception five years ago, the event has raised over $500,000 in direct donations for the Princess Margaret Cancer Foundation,” said FTEC executive director and founder Jennifer Huggins. “Our fifth annual event was our biggest and most successful year to date, and we are confident that we will reach our goal of raising $1 million for the Foundation by 2018.”

On a bittersweet note, event organizers dedicated the evening to boxing legend Muhammad Ali who passed away just prior to the event, in honour of the legacy that he left behind both in and outside of the ring.

Raymond frequently referenced a quote by the icon throughout his journey – impossible is nothing.