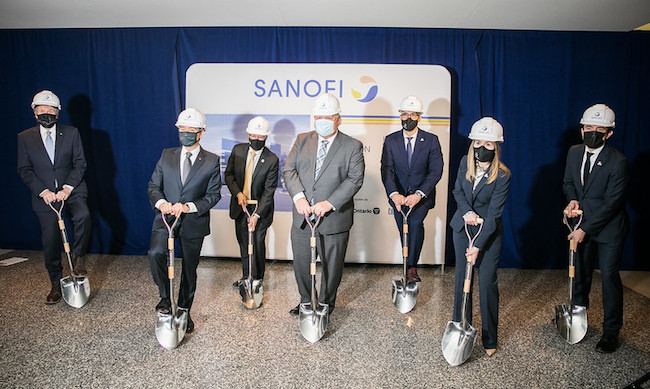 The City of Toronto issued a $425 million building permit in November for a massive new influenza vaccine lab.

This is the one of the largest permits of the overall $2.2 billion issued in the month.  In comparison, the city issued permits valued at $1,054,053,126 million in October.

Here is a more detailed description of the five largest projects by permit value.

This is an update of a permit originally issued in 2018 for the New Toronto Courthouse, built by EllisDon.

This permit is part of an overall $925 million Sanofi Pasteur Limited project to build an influenza manufacturing plant. Last year, the federal government committed $415 million in government funds for the initiative.

Developer Hines describes the planned timber structure designed by Danish architect 3XN as “the latest in a global series of modern timber workplaces.”

These permits are an update of the permits issued earlier for the Rogers Centre modernization. Work is also under-way at the connected Toronto Marriott City Centre Hotel.