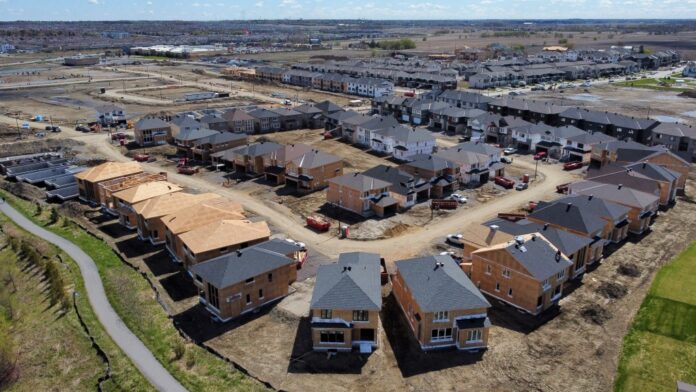 Housing legislation introduced by the provincial government last week is “concerning” because changes to the Planning Act and Conservation Authorities Act will reduce protection from flooding and protecting natural environments, the Toronto Conservation Authority said in a statement.

The TRCA’s board of directors passed a unanimous resolution requesting the removal of certain clauses from the legislation that would limit or reduce our existing responsibilities.

“Protection of the environment is a non-partisan issue as watersheds, precipitation, and gravity do not recognize geographical boundaries or political parties,” the TRCA said. “TRCA as a science-based, technical agency collaborates tirelessly with our partner municipalities, the province, and the development industry to support responsible development in our watersheds while providing access to nature in urban areas.”

Instead, government policies should focus on prevention.

According to the new legislation, conservation authorities will be prohibited from commenting on conservation and environmental matters, except for flooding and erosion – preventing the TRCA from offering expertise on ecology, natural heritage, wetlands and biodiversity for proposals and allowing municipalities to choose whether to ask for technical advice based on their specific needs.

TRCA is currently working with industry and governmental partners to flood protect and enable redevelopment of mixed-use communities in flood vulnerable areas of the GTA including the Toronto Waterfront and Lower Don Lands and to set the stage for future redevelopment of Urban Growth Centers in Brampton, Vaughan, and Markham.

“TRCA leverages our watershed expertise and resources for cost effective partnerships with municipalities and industry to inform municipal official plans and deliver infrastructure projects. TRCA’s success is grounded in the relationships we hold with our partner municipalities, who actively choose to work with our organization given our history of consistently delivering value-added programs and services on-time and on-budget,” the TRCA stated.

“Conservation authorities are the first line of defence in preventing and reducing the impacts of flooding, which is the leading cause of public emergency in Ontario.”

The most practical approach to avoiding impacts of flooding is prevention including informed land use and infrastructure planning that recognizes the interrelationship between natural hazards and broader environmental issues.

“The province’s own special advisor on flooding recommended that the province support municipalities and conservation authorities during land use planning due to their vital role in protecting Ontarians.”