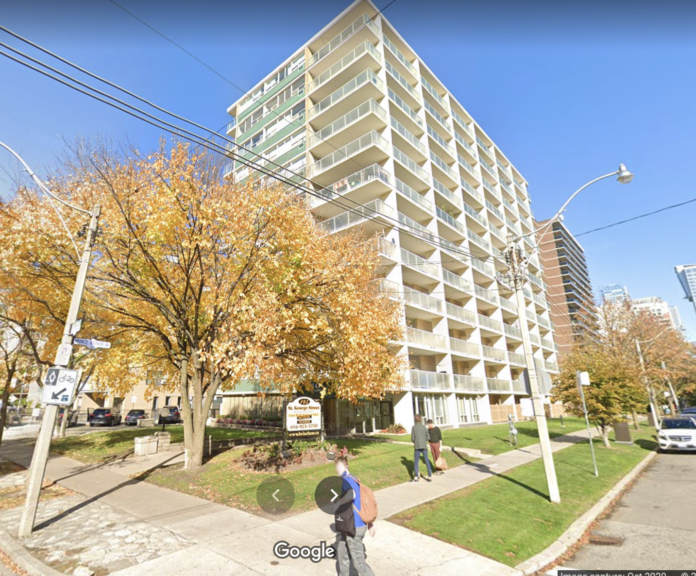 Developer Tenblock has filed for zoning and site plan approvals for 29 storey rental and condo tower where Annex meets the University of Toronto.

The planned tower at 145 St. George St. near the St. George Subway station would replace a 1959 modernist apartment building.

Urban Toronto reports that the Zoning By-law Amendment and Site Plan Approval applications seek to replace the 130 rental in the existing building, while adding an additional 211 residential condo units.

The site is a half acre in area and is currently home to a 12-storey purpose-built rental apartment building with parking below. The site also has 34.7 m. of frontage on St. George and 65.5 m. along Prince Arthur.

Architects – Alliance have designed the building in a modernist tradition of the 1960’s apartment towers found throughout the area, DataBid.com reports. The towers have clean lines and rectangular, repetitive floor plates and protecting balconies.

The proposed building is tall and rectangular with rounded corners adding visual interest and will also include the following:

There is also a windowed lobby wall of 6.5 metre-high panes providing enhanced visibility from and into the residential lobby.

Two levels of below-grade parking will accommodate 94 cars and 345 bicycles.