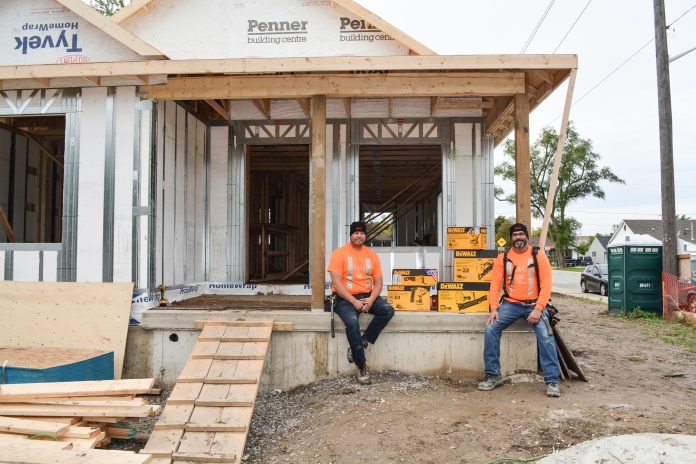 After thieves broke into a Habitat for Humanity Niagara construction trailer in late September, stealing $14,000 in tools, staff and volunteers had a sinking feeling. The criminals had stolen all all of the tools needed for Habitat’s home building projects, as well as the majority of tools to be used for skills training by students of the Niagara Peninsula Aboriginal Area Management Board (NPAAMB) Building Futures Indigenous Youth program.

However, it took just a few days for things to brighten, largely thanks to the support of Guy Cruickshanks of B & G Multi Services Inc. in Hammond.

When Cruikshanks heard about the theft from Ontario Construction News associate publisher Chase, he immediately invited B & G office manager Reuben Dye to send Habitat a lengthy list of tools he could supply.

When Dawn Marie Cavasin, Habitat Niagara’s manager, development and communications, asked him why he had voluntarily made such a generous contribution, Cruikshanks told her that he does business in theNiagara region with his roofing business and shops at Habitat ReStores whenever he needs things.

“Then he said: ‘ When we leave this world, all we leave behind is what we’ve done,” Cavasin said.

“He (Cruikshanks) is such a down-to-earth lovely man. They also do a lot for their community and globally – most recently he got all of his suppliers in donating 33 skids of much-needed supplies to the Bahamas in the wake of the recent hurricane.”

Habitat staff discovered the break-in when they opened their Fonthill Restore on Sept. 26.

The thieves cut the lock and helped themselves to every tool Habitat Niagara had for its build program.

All of the tools are identifiable, as each is labelled with an upper case ‘BF’ spray-painted with orange paint. As well, the handheld tools have a small strip of orange paint etched into the battery with ‘HN-‘ and a sequence of numbers on the underside of the batteries.

Habitat for Humanity Niagara is asking the public to keep an eye out for anyone trying to sell these tools and to call the police if they have any information.

If you want to help in the tool replacement initiative, contact Dawn Marie Cavasin, Habitat’s manager, development and communications, at (905) 675-7395 ext 204 or email her at dawn@habitatniagara.ca. 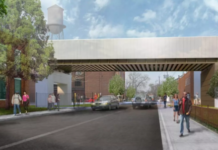 Toronto will be home to new Netflix HQ