The $500 million facility, projected to be completed in 2025, will include a theatre-style entertainment venue and hotel complex and become the new home location of the company’s Call of Duty League and Overwatch League franchises.

It will be the first new sports or entertainment venue built in Toronto since BMO Field in 2007 and promises to be an unparalleled experience for fans and performance artists alike.

“Today is another important step in the evolution of OverActive Media. We are building a world leading, 21st century sports media and entertainment company and this best-in-class performance venue will be the chosen home for a new generation of fans that think differently about their entertainment choices and experiences,” said Chris Overholt, OverActive’s president and CEO. 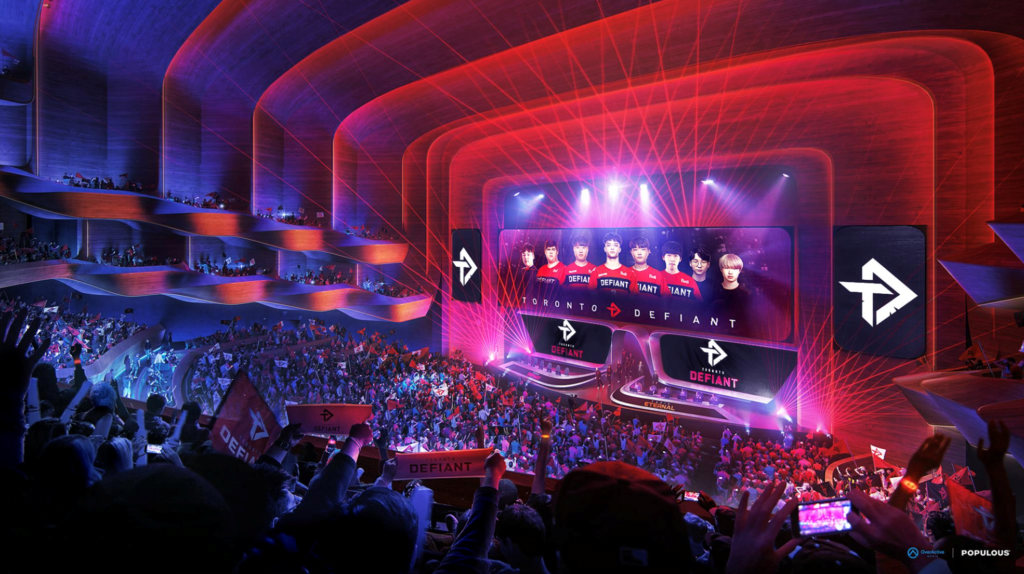 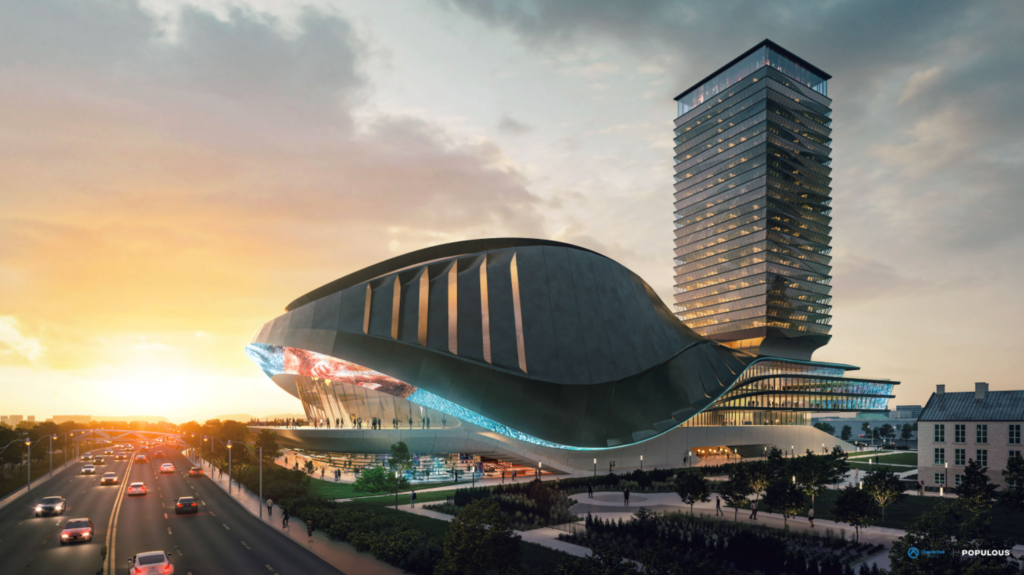 Located in the heart of the historic Exhibition Place, the facility will be built on four acres on the north side of Lakeshore Blvd., and across from the Ontario Place lands, and is expected to become the epicentre for what is starting to emerge as Toronto’s future meeting place for sports, media and entertainment.

Conceived by world-renowned design firm Populous, the building will be “an iconic architectural presence” along the Toronto waterfront with a modern expression of a new age theatre for sports and entertainment.

“The design of the theatre was neither conceived as a sports arena nor an opera house, rather, a new typology that straddles the two – a state-of-the-art performance venue. The theatre architecture creates a merger of the old and the new,” said Jonathan Mallie, Senior Principal and lead designer for Populous. “The old channeling the rhythmic repetition of historic landmark theatres, and the new, integrating the progressive forms of avant-garde twenty-first-century design. In combination, a symbiotic balance delivers a one-of-a-kind theatre architecture, unique to Toronto and the world.”

This privately financed, purpose-built venue, will offer premiere music artists and entertainment acts of the world a new place to call home in Toronto, now the fourth largest city in North America.

The facility could host 200+ events each year, including premium music and entertainment bookings. It will also host conventions, corporate events and a full slate of esports events increasing over time.

OverActive Media is the owner of four major global esport franchises, including Toronto’s two professional teams (Toronto Ultra of the Call of Duty League and Toronto Defiant of the Overwatch League). The vision is to also elevate Toronto and Canada as a destination of choice for the global industry of gaming and esports.

“It has always been our intention to develop a venue and hosting strategy and to build a facility that could not only serve as an iconic home for our two franchises, but ultimately emerge as a global hub for major international esport events. We are already in active discussions to attract some of the biggest esport events in the world. This venue will redefine Toronto’s event hosting opportunities in every way,” said Overholt.

“We will create an unparalleled experience for our fans while being a low net cost producer to our entertainment partners and artists. A landmark experience and venue for a world class city that defines a new future.”

Populous is a global design firm that designs the places where people love to be together, like Yankee Stadium, the London Olympics, and the Super Bowl. Over the last 38 years, the firm has designed more than 3,000 projects worth $40 billion across emerging and established markets. Populous’ comprehensive services include architecture, interior design, event planning and overlay, branded environments, wayfinding and graphics, planning and urban design, landscape architecture, aviation and transport design, hotels and hospitality, and sustainable design consulting. Populous has 18 offices on four continents and more than 600 employees with regional centers in Kansas City, London and Brisbane.