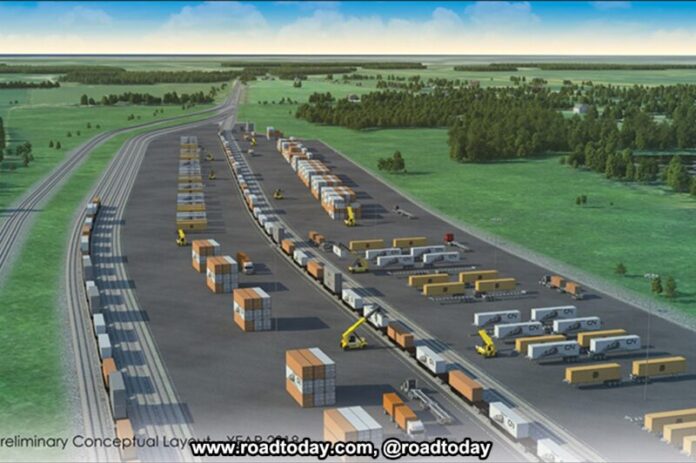 The Ontario Superior Court of Justice has rejected the Canadian National Railway Company (CN) claim that as a federally regulated rail project, a proposed Intermodal facility in Milton was immune from over 60 provincial and local laws.

CN plans to build a $250-million logistics hub next to its main line in Milton, a project that is “key to Canada’s economic growth in North America and globally – connecting Canada and the GTHA with international markets.”

However, the town, Halton Region, and other Halton-area municipalities opposed to the project “as a result of the significant adverse effects it will cause to human health and the environment”. Politicians have instructed their officials to decline to participate in any further technical discussions with CN until CN applies for municipal approvals that will require CN to obtain official plan amendments.

“The location for the project is within one kilometre of about 34,000 current and future residents, a hospital, twelve schools and two long-term care homes, and the facility will operate 24 hours a day, seven days a week—resulting in at least 1,600 new trips to and from the facility each day by heavy-duty container trucks,” the municipalities said in a news release.

The federal government disagreed and has approved the location and construction of the intermodal hub as sought by CN.

In its ruling, the court sided with several Halton Region municipalities and Conservation Halton who are opposed to the construction project, but stated “the applicants do not have the right to prevent CN from proceeding with the intermodal hub as asserted.

“They cannot require CN to apply for permits that will subject CN to an unconstrained discretionary administrative process as to whether and where it can locate its intermodal facility. Rather, the applicants’ roles are to engage in cooperative federalism.”

Local politicians oppose CN proceeding with the truck-rail hub in Milton because they say it does not comply with applicable provincial and municipal laws and will cause significant harm to air quality and human health.

“The Halton municipalities had commenced the application to protect the thousands of residents that live near the CN lands in Milton from adverse and harmful effects that would arise from CN’s proposed intermodal hub,” the region said in a statement.

Opponents say they will continue litigation in the federal courts to review decisions by the Canadian Transportation Agency, the federal minister and Cabinet to approve federal aspects of the CN Project.

Learn more about the Ontario Court’s decision and Milton’s position on the project.