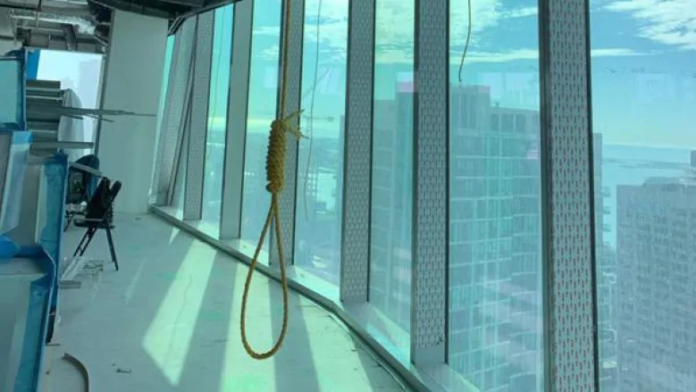 Toronto police are investigating after a noose was found at an Eglinton Crosstown LRT construction site on March 10.

Anne Marie Aikins, Metrolinx spokesperson told CBC Toronto that she was notified by Crosslinx, the construction company managing the project, after workers found a noose at the Leaside Station construction site.

“I’ve been made aware that a noose was found at the Eglinton Crosstown Leaside construction site last night,” Mulroney wrote.

“Racism and hate, in any shape or form, will not be tolerated in Ontario.”

Last summer, a noose was discovered at the Dufferin station location. Nooses were also found over the past year at several city construction sites, including the Michael Garron Hospital.

In December a 34-year-old man was arrested in connection with the noose discovered at the hospital.

Metrolinx CEO Phil Verster said the agency has been assured that construction consortium Crosslinx is taking the incident seriously and is cooperating with the police investigation.

“At Metrolinx, we value and celebrate diversity and inclusion and were appalled to learn about this abhorrent act at a Crosslinx construction site,” said Verster in a statement to media.

“Racism, bigotry and hate, in any form, will not be tolerated under any circumstance. Whether it’s inside an office, at a station or at a construction site, we fully expect all of our employees and contractors to create safe and inclusive spaces and to treat each other with respect.”

Diversity success: The stories of 10 GTA women in the construction...