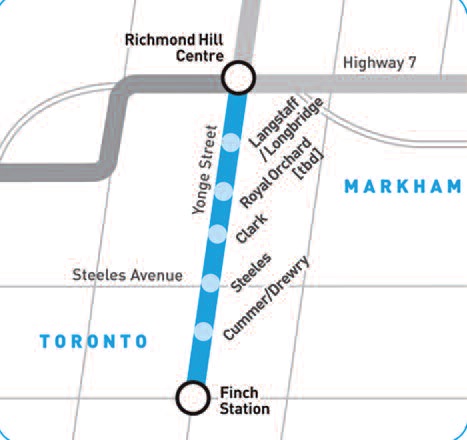 The provincial government says it will provide more than $55 million in funding to design the Yonge North Subway Extension.

The proposed project would extend the Yonge Subway Line from the existing Finch Station to Highway 7 in Richmond Hill, giving residents and commuters more transit options when complete.

The government news release says the extension’s environmental assessment was approved in April 2009; an addendum to include an underground train storage facility and surface facilities was also approved in November 2014.