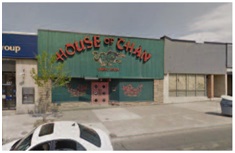 The Ministry of Labour is investigating a building collapse on April 18 on the Eglinton Crosstown Transit project that caused seven people to be injured. Fortunately, none of individuals affected by the collapse at 876 Eglinton Ave. near Bathurst suffered life threatening injuries, though the accident, which received national news media attention, affected a baby who apparently was saved by a stroller.

Crosslinx Transit Solutions, the project’s general contractor, reported a day after the incident that it was undertaking the demolition of a two-storey building adjacent to the one that partially collapsed along with scaffolding to make way for the Forest Hill Station.

Demolition was completed quickly after inspectors determined that the building, at 868-870 Eglinton Ave. W. directly east of the collapsed former House of Chan restau-rant, was unstable because of the collapse and needed to be demolished right away. Crosslinx said in a statement that the building had already been slated to be demolished and it had previously obtained a Toronto building permit.

Before rescue officials confirmed there were no life threatening injuries, national news outlets broadcast live images showing the damage and some residents expressed concern about site safety precautions. Labour Minister Kevin Flynn was quoted in the Toronto Star as saying that “our intent is not to hold up the site just for the sake of holding up the site. We want to take the proper time to get the right information to ensure we don’t have a recurrence of this.”

“It could have been a lot worse,” Flynn said. “We learn from every single investiga-tion.”