The project manager who oversaw workers at the 2009 Metron Construction scaffolding tragedy in 2009 has been sentenced to 3.5 years in federal prison.

Vadim Kazenelson, found guilty last June of four counts of criminal negligence causing death and one count of criminal negligence causing bodily injury, supervised the apartment balcony repair job that led to inquiries, investigations, and a $750,000 fine for Metron — the highest in Canadian history for corporate negligence liability. (The fine was increased after a successful appeal from the original $200,000 fine.)

Alesandrs Bondarevs, 25, Aleksey Blumberg, 33, Vladamir Korostin, 40, and site supervisor Fayzullo Fazilov, 31, were killed when a 12-metre scaffold  broke, 13 stories in the air. None of them were attached to a safety line.

Metron owner Joel Swartz was fined $112,500 after pleading guilty to four violations of the Occupational Health and Safety Act, while the swing stage’s manufacturer, Ottawa-based Swing N Scaff Inc., was fined $350,000 and Patrick Deschamps, a company directors, was fined $50,000.

The conviction and sentencing is a victory for advocates of corporate criminal accountability in workplace death and injury, say leaders of the United Steelworkers (USW).

“This is a Toronto story but it is a national precedent and has implications for our campaign to Stop the Killing and Enforce the Law,” said USW National Director Ken Neumann, noting that the sentence is first of its kind in Ontario.

“Our union has led the fight to have better investigation and prosecution of corporate directors and executives who are ultimately responsible when workers are killed on the job,” Neumann said in a news release.

“We fought for the 2004 Criminal Code amendments that allow for such enforcement, but the minimal application of the law over the last 12 years has not changed the culture that sees workers’ lives as expendable and death as a cost of doing business.”

USW Ontario/Atlantic Director Marty Warren said workers are still dying at a rate of 1,000 a year.

“If employers see this concurrent sentence (3½ years for each worker) as a deterrent to negligence and to the urge to gamble with workers’ lives, then we may see a gradual improvement in health and safety,” said Warren.

“For too long, workers have been somehow seen to be at fault for causing their own death and injury. At best, companies are handed fines and move on with their operations, without accountability and without justice for families. That has got to stop.”

USW Western Canada Director Steve Hunt said the union has been dealing with the aftermath of workplace killing by working with families who have lost loved ones or seen them maimed in incidents like the sawmill explosions that rocked Northern B.C. in 2012.

“They suffer in silence because there is no real justice being served,” Hunt said. “Our campaign is breaking the silence by demanding better enforcement and prosecution.”

The USW campaign has received endorsements from municipalities and organizations across Canada. A communiqué last year from the Federal-Provincial-Territorial meeting of justice ministers promised a further examination of the issue.

“We want to meet with new federal Justice Minister Jody Wilson-Raybould to move forward on that commitment with federal leadership,” said Neumann. “The workers who died as a result of actions by the Metron project manager deserve no less.”

More details on the campaign to Stop the Killing, Enforce the Law, including video testimony from families who have lost loved ones, can be found at www.stopthekilling.ca. 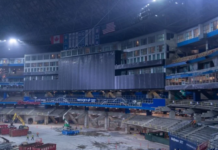