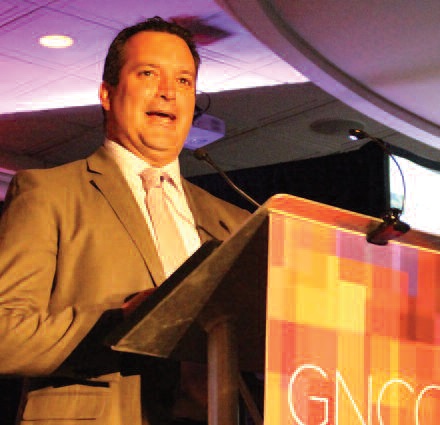 Ladson Creative Millworks has been recognized with an award for Excellence in Manufacturing at this year’s Niagara Business Achievement Awards, presented by the Greater Niagara Chamber of Commerce.

Ladson general manager Jon Willms says the company was honoured to be nominated. “We feel validated in a field of work and frankly a location that could easily be overlooked. In this day and age, we don’t represent the most cutting edge of technology when there is so much around that is constantly changing and reinventing.”

Opened in 1994 by president Don Ward, Ladson’s evolution has been fuelled by long-term client relationships, carrying them into projects including schools, restaurants, retail stores and shopping malls all across Canada and the northern U.S. The team of 16 has made a name for itself in the restaurant franchises niche, working for companies like Service Inspired Restaurants (SIR) Corp. and Cara on franchises such as Jack Astor’s, Scaddabush, Kelsey’s, Fionn MacCool’s and the Landing Group.

Willms says typically the wood industry is portrayed as a hobby or a kitchen business. “At Ladson we are making our mark in millwork, but often our products are not in the forefront. Our products support a theme or physically support other products that are the main focus.”

He says this award recognizes “the effort and creativity behind each display, storefront and restaurant that we have manufactured.”

While the company has always had the goal of serving its clients with efficiency, Willms says Ladson is also constantly looking forward to the opportunity to implement newly acquired skills and technology and will continue to pursue excellence in its manufacturing.

“We also recently engaged in management and process training in order to get us over a hurdle of our own status quo. The goal of this extensive and interactive training is to allow us to go beyond our current capacity to places we have not yet discovered and only dreamed of.”

Willms says his team is modest – focused on the satisfaction of a job well done and a satisfied client. “Certainly it is an honour to receive the award for excellence in manufacturing but to be labelled as the best is a concept that I would say that our group would shy from. I think my employees are the best and that they are great at what they do.”

He says personally, the event left him feeling motivated and inspired to continue on. “My personal goal as a young entrepreneur was to be able to provide people with work and now through my years of experience a hidden additional goal has been articulated and I would like those same people to not only be employed but to excel in their chosen field.”