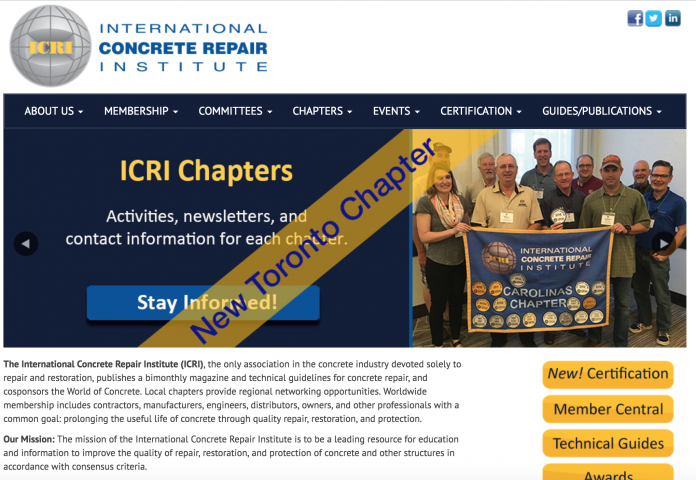 The International Concrete Repair Institute (ICRI) has announced the formation of its third chapter in Canada, with the new Toronto chapter open for membership. The Toronto chapter will join members of the British Columbia and Quebec Province chapters in serving the concrete repair industry in Canada.

With the announcement of the new chapter, ICRI officials also named officers for Toronto, with Stephen Franks of Blok-Lok Limited in Woodbridge, Ont., serving as president, Stephan Trepanier of Edison Engineers, Inc., in Markham, Ont., serving as secretary and David Huggins of Kelso Coatings in Milton, Ont., serving as treasurer. The chapter has a web site where people can get more information, www.icritoronto.com.

“There is strong demand in the design and construction industry to bring more technical resources to the concrete repair industry in Ontario,” said Huggins. “We look forward to leveraging the vast resources of ICRI to ensure long life-cycle repairs throughout the GTA and the Province of Ontario.”

“It’s an exciting time for ICRI, with the growth in our membership ranks confirmed in the addition of the Toronto chapter,” said Mark LeMay of JQ Engineering in Fort Worth, Texas. He serves as ICRI’s Chapter Committee Chair. “The Greater Toronto metro area and all of Ontario will be well-served by our members in the region, and we look forward to continued growth and service to the industry in Canada.”

More information on ICRI’s Toronto chapter, including membership information and upcoming events, can be found on the ICRI website. 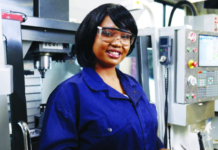 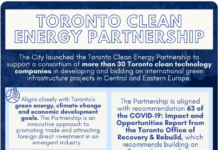