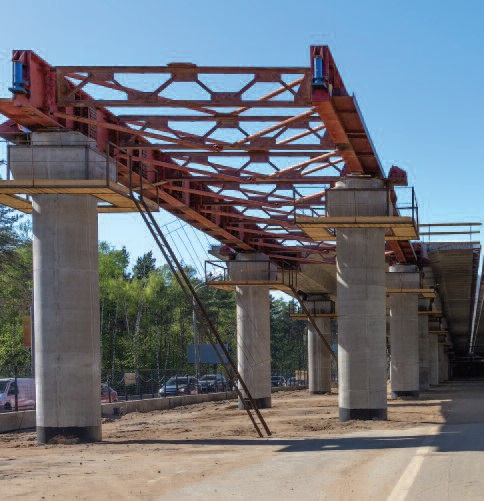 The GTA construction market is defying an overall decline nationally in private construction industry activity, but a survey from the Royal Institute of Chartered Surveyors (RISC) indicates that infrastructure will drive growth over the next year. Elsewhere in Ontario, the market isn’t so strong – with the exception of higher education construction, which is benefiting from federal infrastructure funding, RISC reports.

The second-quarter 2016 RISC survey reported that private commercial and industrial construction activity in Canada fell while housing activity moderated. On the plus side, the infrastructure sector showed continuing strength, and a majority of the qualified professionals responding to the survey are optimistic about its outlook in the year ahead.

Breaking down the results by region, respondents expect prices in the Prairies and the Atlantic provinces to experience downward pressure. In contrast, prices in Ontario and British Columbia are predicted to continue rising. Twothirds of respondents expect Ontario to see the strongest growth in construction over the next few years, followed by British Columbia with 22 per cent.

“The market in the Greater Toronto Area (GTA) is strong with the condo market still booming along, especially downtown,” says Jeff Logan, a senior estimator with Canadian Turner Construction Company in Toronto.

In Ontario outside the GTA, the market isn’t as strong in general, Logan says – with the exception of higher education construction. He attributes this to the new Federal Post- Secondary Institutions Strategic Investment Fund (SIF), which will provide $2 billion over three years to support higher education infrastructure projects across Canada.

“Turner has seen strong interest from colleges and universities in these funds, based on the schools’ issuing RFQ’s and RFP’s for projects on their campuses and engaging general contractors for projects they would qualify for if the institutions receive funding,” he adds. Under the program, monies may be used to accelerate eligible construction, repair and maintenance activities.

As for factors limiting construction expansion, financial constraints and regulatory and planning delays remain the two most significant ones, with 58 per cent and 48 per cent of respondents reporting issues with each respectively. The proportion of contributors citing insufficient demand as an impediment to growth increased to 40 per cent in Q2, the highest since RICS began collecting data in 2013.