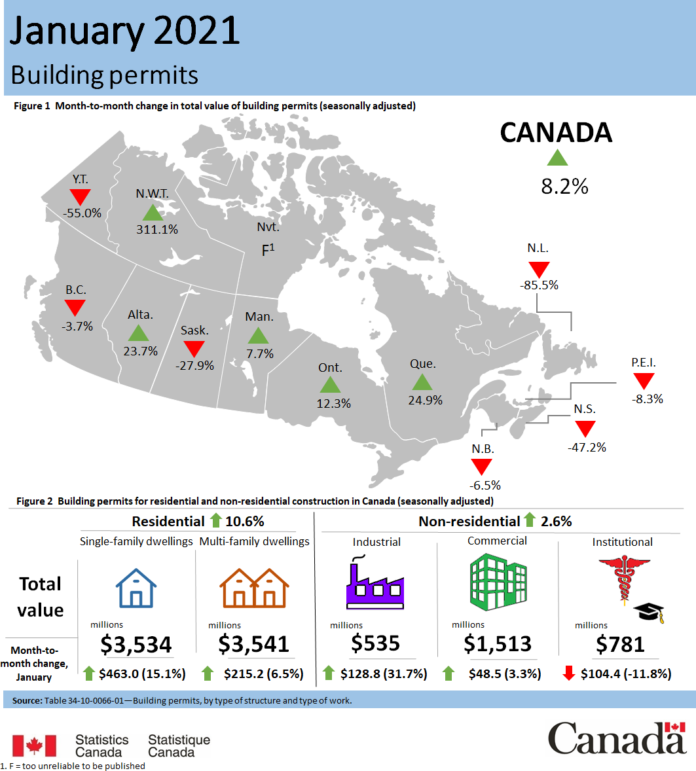 After falling back significantly in 2020, expenditures on non-residential construction and machinery and equipment are expected to rebound in 2021, a Statistics Canada report concludes.

Statistics Canada’s annual survey of non-residential capital and repair expenditures forecasts that spending will increase by seven per cent to $266.2 billion in 2021. This follows a drop of more than nine percent in 2020 that was largely attributable to the economic shock from the COVID-19 pandemic.

While capital spending on non-residential structures is expected to reach $175.2 billion, up 7.5 per cent from 2020 and surpassing the level achieved in 2019, the $91 billion anticipated for machinery and equipment (+6.2 per cent) falls short of fully offsetting the 13.4 per cent decline reported in 2020.

The survey polled 25,000 private and public organizations and was conducted from September 2020 to January 2021.

The transit and ground passenger transportation subsector should see its total investment in 2021 increase by 10.4 percent (+$1.2 billion to $12.3 billion) because of several large-scale public transit projects taking place in Quebec and Ontario.

The governments of Canada and Quebec, for example, each plan to invest $1.28 billion in the projected $6.3 billion cost to complete the Réseau express métropolitain in Montréal. Large investments are also expected to take place in Ontario, with the City of Ottawa having held its – ceremony for the $4.7 billion Stage 2 of its light rail transit project in September 2020. Similar public transit projects are also ongoing in Toronto, with news of progress on the construction of the Metrolinx Eglinton Crosstown light rail transit project.

The oil and gas extraction subsector was greatly affected by the COVID-19 pandemic. The global demand for crude oil was down 6.1 per cent, and, in Canada, consumption of motor gasoline decreased 13.7 per cent year over year, largely because many Canadians worked from home, and numerous travel restrictions and stay-at-home orders were implemented.

Significant reductions in capital spending occurred in 2020 (-29.9 per cent) and are expected to continue in 2021 (-26.6 per cent) in the accommodation and food services sector, as it was directly affected by government public health restrictions related to the COVID-19 pandemic.

However, there seems to be some optimism within the arts, entertainment and recreation sector as it anticipates an increase in capital spending of 8.6 percent in 2021, following a decrease of 13.3 percent in 2020.

Manufacturing firms reported an 11.3 per cent increase in capital spending intentions for 2021 to $20.2 billion, mostly because of 14.5 per cent growth in spending on capital machinery and equipment. Following a 10.6 per cent increase in 2019, manufacturers reported a decrease of 22.5 per cent in 2020, with chemical manufacturing in Ontario (-$903 million) and Alberta (-$767 million) being most impacted, largely because of projects reaching completion.

While increased investment in non-residential construction and machinery and equipment is expected in 10 of the 13 provinces and territories in 2021, few anticipate levels to reach those recorded in 2019 because of decreases in 2020. However, not all provinces and territories saw declines in capital spending in 2020—Prince Edward Island (+9.4 per cent), the Northwest Territories (+9.1 per cent), British Columbia (+2.4 per cent) and Nova Scotia (+2.0 per cent) all recorded growth in 2020.

All but three provinces and territories should see their spending intentions increase in 2021, with the largest gains taking place in Ontario (+$7.0 billion), Quebec (+$4.7 billion) and Alberta (+$2.5 billion). This is the reverse of what took place in 2020, when preliminary estimates showed decreased investment levels for nine provinces and territories, with notable changes taking place in Alberta (-$9.7 billion), Ontario ($-6.9 billion) and Saskatchewan (-$2.4 billion). 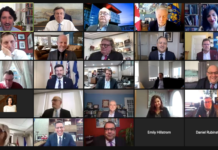 Feds promise $15 billion for transit projects over the next 8...