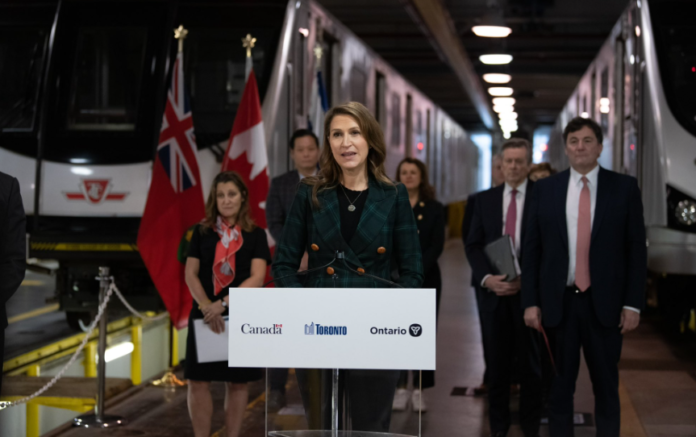 Up to $1.5 billion was announced this week to expand the Bloor-Yonge Subway Station in Toronto.

The funding from all levels of government will be used to rehabilitate the existing subway station to improve efficiency and capacity and reduce overcrowding during rush hours.

Work will include construction of a second platform on Line 2 for eastbound service, an expansion of the Line 1 northbound and southbound platforms, new elevators, escalators and stairs, and construction of a new accessible entrance and exit on Bloor Street East.

“Ontario has been a strong advocate of this project and as Toronto’s population grows, we will continue working with the city and the federal government to deliver a world-class transit system for the Greater Toronto Area,” said Caroline Mulroney, minister of transportation.

Once complete, this project will increase the station’s capacity and accessibility.

“The expansion of Bloor-Yonge station is a key part of our transit expansion plan. This work to increase the capacity of this important transit hub is only possible because all three governments are working together to invest in the TTC and its future,” said Mayor John Tory. “Toronto is growing rapidly and these unprecedented transit investments are needed to make sure we have reliable, accessible, safe, and modern transit system now and in the future.”

Ontario is investing $61.6 billion over 10 years for public transit. This includes Ontario’s new subway transit plan for the Greater Toronto Area and the transformation of the GO Transit network into a modern, reliable and fully integrated system.