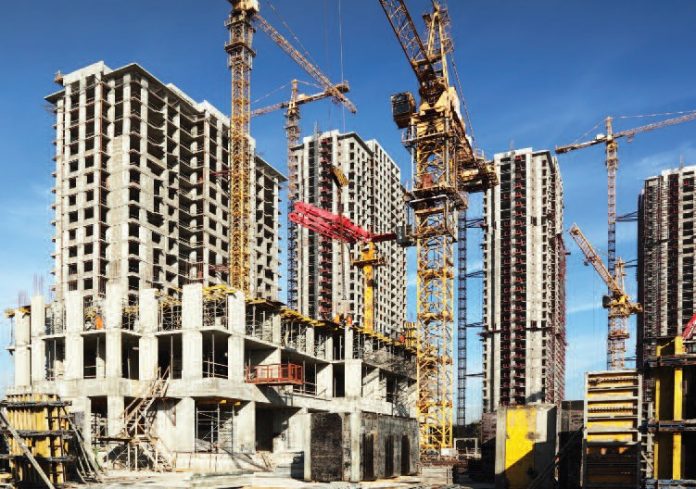 The provincial government has started a review of the Ontario Municipal Board (OMB), where changes in procedures and authority could have significant impact on the development and building industry.

There are concerns that municipal councils and community associations may propose reducing the OMB’s power to overturn local decisions that defy their own master plans and provincial land use policies, because of short-term activism or political pressures.

The Ontario Home Builders Association (OHBA) has prepared a submission outlining concerns from the homebuilding industry and local member association are preparing their own responses.

It is easy for a lay person to experience glassy eyes when discussing the OMB because of its technical/legal role – but now is not a good time to be passive about the organization, said John Herbert, executive director of the Greater Ottawa Home Builders’ Association (GOHBA).

The OHBA asserts the OMB’s importance and value and suggests that the changes to be made should simplify but not eliminate its role in appealing municipal zoning and land development decisions.

“OHBA strongly supports the essential role of the OMB as an impartial, evidence based administrative tribunal that is responsible for handling appeals of land use planning disputes,” OHBA chief executive officer Joe Vaccaro wrote in an August letter to attorney general Yasir Naqvi and municipal affairs minister Bill Mauro.

“It is important to note that decisions made by the OMB are based on planning evidence, provided by expert witnesses under oath, which ensures that long-term public policy objectives, rather than shortterm local political calculations, are upheld. Without an independent tribunal that specializes in planning law, such as the OMB, it would be more difficult to achieve provincial policy goals. Without an administrative body for third party review, land use related disputes could end up in the court system.”

“We believe that the court system would not have the same level of planning expertise, which could lead to inconsistent and unpredictable results that are not in the best interest of the public, while increasing the costs of public participation,” Vaccaro wrote. “Furthermore, the existence of an informed tribunal to adjudicate planning appeals has a positive role in focusing the work of professional public sector practitioners to work with the planning regime with integrity.”

Vaccaro says, in the majority of situations, if municipal planners disagree with private sector planners, the rulings generally favour the municipalities “as they are considered to have greater autonomy than their private sector counterparts.”

“Furthermore, many OMB decisions approving development proposals result from appeals for the failure of a municipality to make a decision within statutory timelines,” he wrote. “Such decisions are often based on supportive evidence from municipal planners and do not reflect a ‘development bias’, but instead the OMB’s essential role in ensuring a fair, efficient and timely approval process.” As well, he notes that municipalities, NGOs, ratepayers’ groups and even the provincial government can access the OMB to appeal decisions they find against their interests.

Nevertheless, Herbert and Vaccaro say there are reforms that could improve the OMB including:

Greater use of mediation and pre-hearing consultations

“The OMB process could be made more timely and less costly by incorporating mediation into the process, and more pre-hearing meetings/consultations to determine and narrow the scope of review and dispute,” said Herbert. “I think that in many cases, the mediation process might resolve the issues before the hearing begins, and the pre-review process, that currently only applies to files that expect very long hearings, would make even the shorter hearings less time consuming and costly for everyone participating in them.”

Herbert said he agrees with the OHBA’s proposal that the OMB’s resources be strengthened by “hiring more board members and improving remuneration to attract high quality candidates.” This would reduce the backlog, speeding up the process while improving consistency in decisions. As well, the OMB could make greater use of technology, such as video conferencing, to “reduce costs and improve access to the OMB.”

The OHBA says it welcomes greater public education about the planning process as well as provincial planning policies. “OHBA also supports having planners work as case management workers to prescreen appeal applications,” Vaccaro writes. “A mandatory review through a case management worker would assist to quickly determine if there are appropriate grounds to proceed with mediation, hearing, or dismissal.”

Vaccaro also suggests that the board should have the authority to assign ratepayer associations/groups with resources, preferably “a registered professional planner with mediation training and certification. This would encourage greater public participation as groups would have equitable access to trained professionals whose role and purpose is to resolve conflict. Such resources should be funded by the board.”

The provincial government says it is inviting feedback until Dec. 19.

Further information about the review is at http://www.mah.gov.on.ca/Page14965.aspx. There will be a series of local town hall meetings across the province.