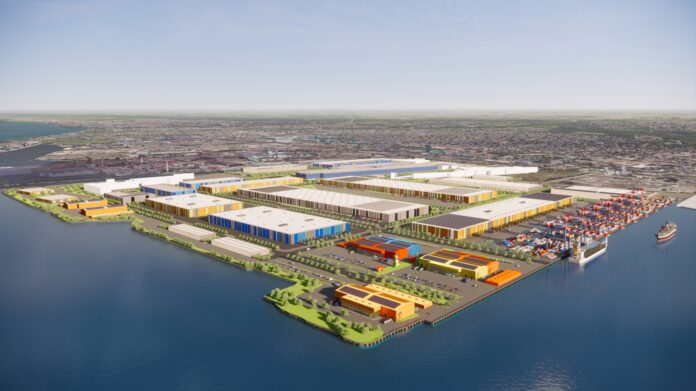 Slate Asset Management has purchased 800 acres of industrial land and buildings in Hamilton, from Stelco Inc. and plans to redevelop the site into a world-class industrial park with the potential to create up to 23,000 new jobs and inject up to $3.8 billion into Ontario’s economy.

The site’s location has direct access to the Great Lakes and the St. Lawrence Seaway, the U.S. land border, Ontario’s highway system, on-site rail connecting into Ontario’s greater Golden Horseshoe network, as well as nearby international airports in Hamilton and Toronto.

“Having grown up in the area, Brady and I understand firsthand the history and significance this site has had in the Hamilton community and in broader Ontario for well over a century,” said Blair Welch, founding partner at Slate.

“Our vision is to restore this site to its highest potential, reimagining it as a world-class industrial park that will continue to play a crucial role in the economy of the city and our province long into the next century.”

Under the terms of the transaction, Slate has agreed to a long-term sale-leaseback of 75 acres of land and 2 million square feet of buildings for 35 years to Stelco. Current zoning allows for a wide range of industrial uses with the potential to develop up to 12 million square feet.

Slate will also invest in remediation of the site, including 3,400 metres of waterfront along Lake Ontario and officials say the project will reactivate a massively underutilized parcel of land that has global industrial relevance.

“By incorporating best practices around sustainable infrastructure, construction, and social value across the lifetime of this project and its end use, we can redefine the legacy of this site and reintroduce it as a new standard bearer for modern industry,” Bozena Jankowska, Global Head of ESG at Slate.