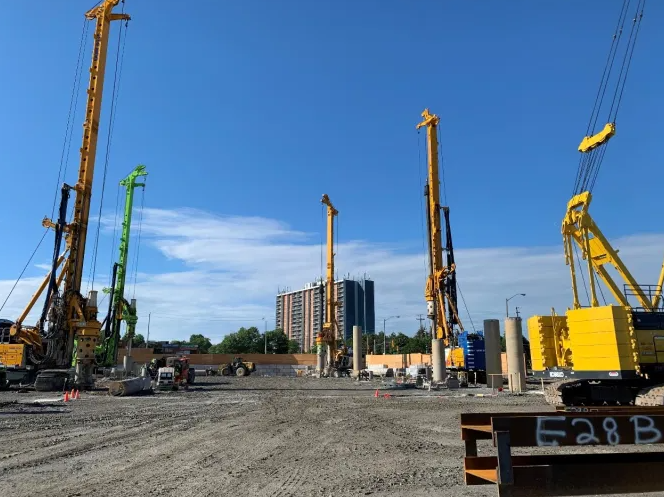 The project will create as many as 3,000 jobs annually during construction.

To expedite work, tunnelling for the 7.8-kilometre extension from Kennedy Station to McCowan Road and Sheppard Avenue will take place first. Advanced tunneling will be followed by contracts for the balance of the work.

“This ground-breaking is about our government’s unwavering commitment to get critical transit built faster to make life easier and more affordable for Ontarians,” said Stan Cho, associate minister of transportation.

In April 2019, the province announced its new transit vision for the Greater Toronto Area, with a preliminary estimated cost of $28.5 billion. In addition to the Scarborough Subway Extension, this plan includes the all-new Ontario Line, the Eglinton Crosstown West Extension and the Yonge North Subway Extension.

Up to $10.7 billion will come from the federal government.

“A world class city needs a world class transit system,” Cho said. “After years of waiting, our government is ensuring the people of Scarborough have access to a modern transportation system, providing increased opportunities for jobs and prosperity.”