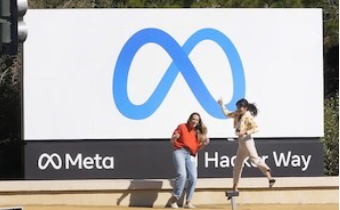 Facebook owner Meta announced that it will add more than 2,500 office and remote workers to its Canadian contingent over the next five years and situate many of them in a Toronto engineering hub.

The hiring spree is meant to advance Meta’s plans to build a metaverse, an emerging and interactive world making use of virtual and augmented reality to help people connect, enjoy entertainment and conduct business.

“Ontario, Toronto in particular, is becoming a real centre of the innovation economy and the tech economy and … so we’re jumping on board,” she said.

Other hires will join the company’s artificial intelligence research departments and Reality Labs, which have worked on the Oculus and Portal devices.

Many will be housed in a new downtown Toronto space larger than Meta’s current home in the MaRS Discovery District, Curran said.

“Canadians have in the past had to move to the U.S. to work for big tech companies frequently, so now we’re saying ‘no, you can stay in Canada,'” said Curran.

“You can stay in your community, you can stay close to your family, and still do one of these highly paid, highly skilled jobs of the future, which is a really neat evolution.”

But that evolution worries startups and homegrown businesses.

During the COVID-19 pandemic, they watched foreign giants Microsoft, DoorDash, Amazon, Google, Wayfair, Twitter, Pinterest, Reddit and Netflix reveal Canadian hiring plans. Many intended to place workers in technical or engineering roles and some even said they would bolster hiring with new offices.

Many smaller, local companies feared they wouldn’t be able to keep up with the higher salaries and bigger names these companies offer. To draw in staff, they turned to flashy benefits such as unlimited vacation, Fridays off and wellness stipends.

“When they’re literally in your own country, your backyard, that increases the pressure even more,” said Leah Nord, senior director of workforce strategies for the Canadian Chamber of Commerce. 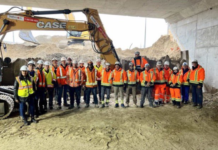