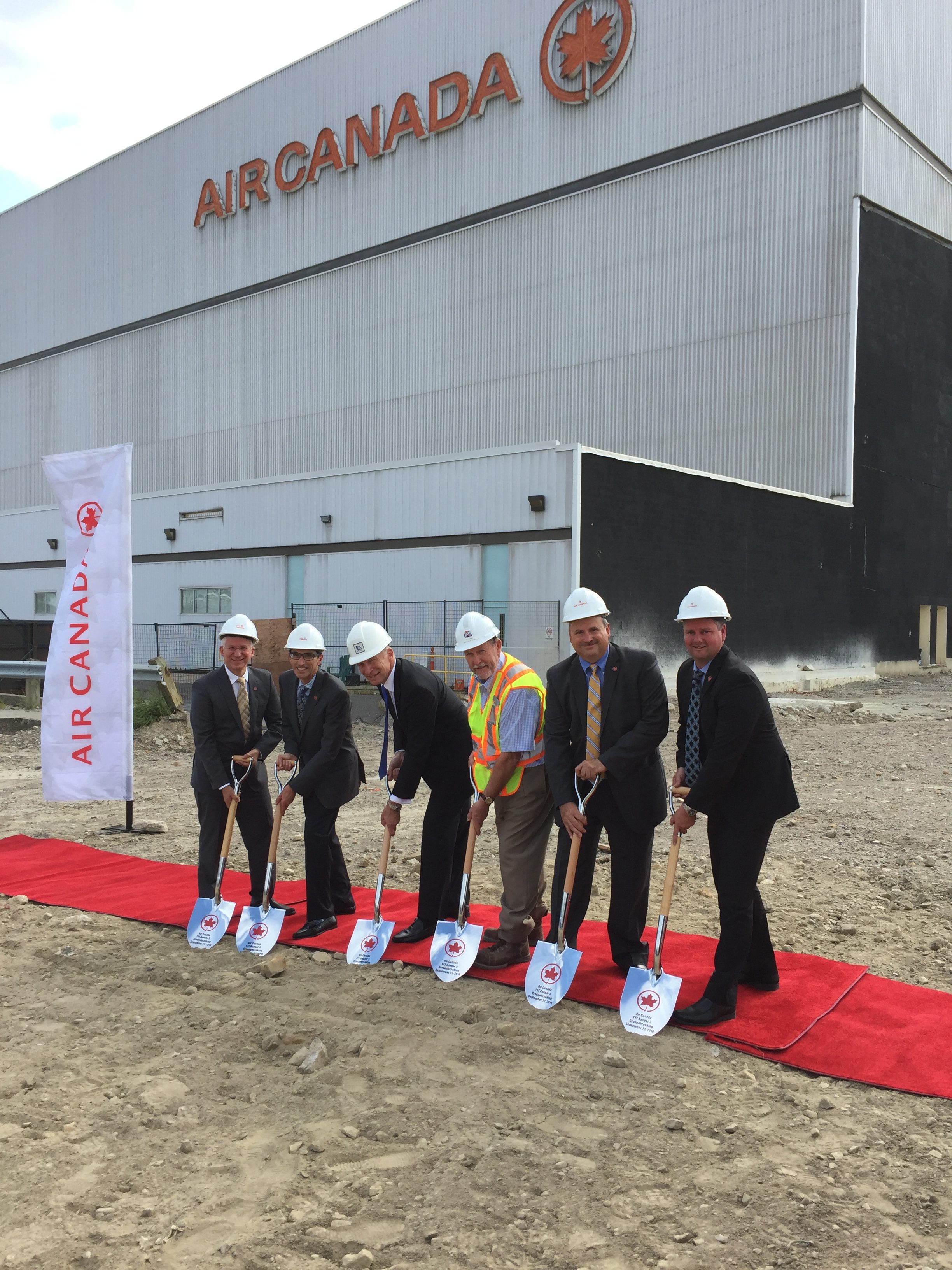 General contractor Ledcor has started work on a new $90 million aircraft hangar project at Pearson Airport that the airline says will support the ongoing expansion of its Toronto global hub. Once complete, the new Hangar 5 building will cover an area equal to seven professional hockey rinks and accommodate five aircraft at one time.

“We have grown our Toronto operations by more than 50 per cent since 2009,” said Benjamin Smith, president, passenger airlines at Air Canada. “This building, our second major construction project in the Greater Toronto Area following the opening of a new $60 million operations centre in Brampton in 2013, will support Air Canada’s future growth by giving us state of the art maintenance, storage and training facilities in an environmentally friendly structure,” Smith said in a news release.

Once completed in April 2018, Hangar 5 will cover more than 127,000 sq. ft. under a 77 ft. high ceiling formed by the largest uninterrupted commercial hangar span in Canada. At capacity, it will be able to accommodate up to three wide body and two narrow body aircraft. Other features of the new hangar include:

• Environmentally friendly features such as LED lighting on the interior and exterior of the building, “light harvesting” using sidewall panels that let in exterior light, radiant heating, and a new high-efficiency hangar door design;

• The hangar door consists of six leaves, each approximately 75 ft. high and wide, that open at the rate of 60 ft. per minute. The door will feature an iris, which is an aperture that allows part of the aircraft fuselage to protrude outside the hangar with the remainder of the aircraft inside the hangar when the door is closed. The iris optimizes the use of space by allowing placement of a third wide body aircraft in the facility and increases the building’s overall energy efficiency;

• There will be approximately 150 work locations within the hangar office space area. On the floor, there will be five separate aircraft positions where technicians and storekeepers will work. The hangar also has multiple training classrooms able to accommodate 200 people and a cafeteria for 100 people.