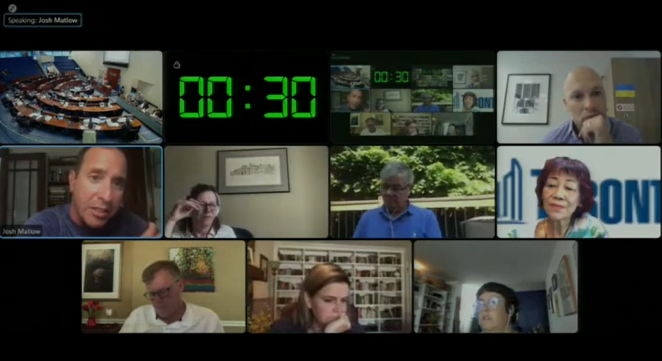 According to developers, a recent decision by Toronto city council to raise the cost of building new housing could negatively affect the city’s housing supply.

An amendment brought forward by Councillor Ana Bailão and subsequently passed provides exemptions for multiplexes with four or fewer units so that development charges would be waived on second, third, and fourth units on a single property. These exemptions were brought forward to encourage more “missing middle housing”.

“We have to be smart on how we use these tools to make sure the growth is happening where we want it to be and that the kind of units, we need in the city are the ones that are getting built,” explained Bailão.

The new development charges will be phased in over two years to help manage the impact on community development. Half of the increased amount will be implemented on May 1, 2023, with the total rates coming into effect one year later.

Charge hikes were spurred by a provincial law requiring the city to review its current fee structure. According to Toronto Mayor John Tory, the development charges, as they stood before the hike, “don’t even begin to pay for the infrastructure that we have to put in place to deal with a growing city.” Acknowledging concerns from housing advocacy groups, Tory said there was no other option.

“What is said here about the fact that this is either eaten by the developers or, more likely, passed on to the ultimate purchasers is partly true,” said Tory. “But somebody has to pay, in the end, for this infrastructure.”

Developers say they are already facing sky-high construction costs and a skilled labour shortage. They are also required to include affordable units in new projects near transit stations under the city’s inclusionary zoning policy — which will force developers to subsidize those units by raising the price of the remaining ones.

In a recent CBC News report, Richard Lyall, president of the Residential Construction Council of Ontario, said the increase could make many housing projects in the pipeline economically unviable.

“It’s going to result in the cancellation of projects going forward,” claims Lyall.

“The increase is based on a provincial mandate that growth should pay for growth; meaning that development charges and other fees, including parkland dedication rates and community benefits charges, should cover the infrastructure required to accommodate new residents,” adds Tory.

A city staff report says around 22 percent of $67 billion in planned capital projects over the next 20 years will be recoverable through the development charges with the new rate.

The city’s housing market is currently experiencing a slowdown as rising mortgage rates driven by the Bank of Canada’s interest rate hikes weigh on home sales.

The Toronto Regional Real Estate Board recently revealed that Greater Toronto Area home sales fell 47 percent in July from last year and 24 percent this past June.

Meanwhile, prices for some types of housing are falling at a slower rate but still remain elevated above pre-pandemic levels.

In a statement, a spokesperson for Mayor John Tory said the new development fee increase balances the need for growth with the need to build housing. The spokesperson highlighted amendments championed by Tory and Councillor Bailão to exempt specific affordable and smaller housing projects from the increase.

“We want to ensure that growth continues to pay for growth and that the infrastructure needed to support more homes and more people is adequately upgraded to accommodate new developments, wrote Lawvin Hasidi.

“It’s also important to keep in mind that Toronto’s development charges are still lower than Mississauga, Vaughan, and Markham for large residential construction — despite Toronto having higher land and labour costs than surrounding cities.”

While Toronto’s development charges may be lower than some surrounding municipalities, a report by the Canadian Mortgage and Housing Corporation released last month found that the city’s development fees are still among the highest in the country.

The CMHC report says developers in Toronto pay an average of $86 per square foot in government fees, compared to $70 in Vancouver and $24 in Montreal. Depending on the dwelling type, the report says fees and levies account for between 10.4 to 23.5 percent of the construction cost in Toronto.