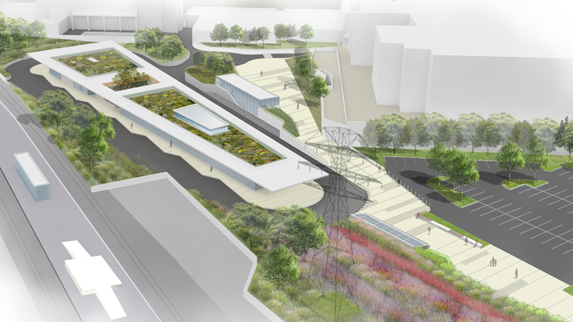 Metrolinx and Infrastructure Ontario (IO) are issuing a Request for Proposals for interested parties to design, build and finance the redevelopment of Kipling Station as a transit hub, the government says in a news release.

Three bidders were selected in the Request for Qualifications process that began in November 2016: Bird/Kiewit JV, EllisDon Infrastructure Transit, and Kipling Infrastructure Partnership. A successful bidder is expected to be announced in fall 2017.

The redevelopment includes the area around the Kipling GO Station and the TTC’s Kipling subway station. The station will integrate the subway, GO train and local and regional bus services, including GO, TTC, and MiWay services, into a single mobility hub through a new inter-regional bus terminal.