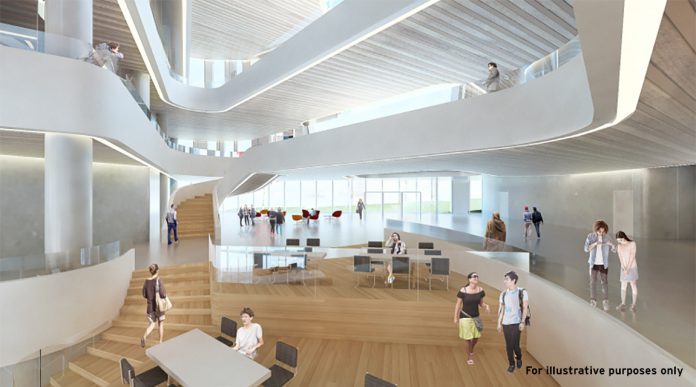 York University says it has shortlisted four general contractors to participate in the Request for Proposal (tender) to construct its new Markham Centre Campus.

The university issued its original Request for Supplier Qualification on March 28.

Using the Best Value Analysis approach, the evaluation team reviewed the submissions, interviewed the proponents, arrived at consensus and presented their recommendations to senior management, the university says in a statement.

The evaluation team was made up of members from York University’s Procurement Services, Campus Services and Business Operations, York University Development Corporation (YUDC)) and Diamond and Schmitt Architects.

The shortlisted contractors are:

The RFP will be issued at the end of August and will close in October, when the university will make its decision. Construction is expected to begin in November.

Last year, the provincial government said it will contribute $127 million for the project, York Region’s first university campus.  The campus will initially serve an estimated 4,000 students with potential increased enrolment in the future.

The project was originally announced in 2015. Then, the City of Markham said it would donate the land, while York University has committed $45 million for its construction. The Regional Municipality of York has also committed up to $25 million towards the initiative.