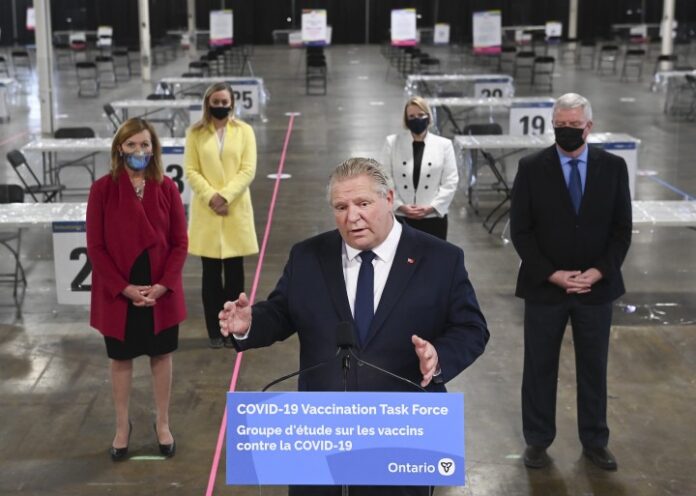 Premier Doug Ford defended his government’s use of a controversial land planning tool on Wednesday amid mounting concerns it was being used to green-light developments without proper environmental consultations.

The mechanism known as a ministerial zoning order gives the municipal affairs minister power to fast-track development in a given area.

Opposition parties have criticized the Progressive Conservative government for issuing dozens of the orders over the last year, and several in the last week,  compared with infrequent use under previous governments.

Ford argued in the legislature Wednesday that his government is using the orders to help create more jobs and affordable housing after the pandemic.

“What should I do when we get through the recovery? Say no, let’s go through the process that will take four years and everyone sit in the … unemployment line,” Ford said.

The premier’s comments came a day after he said he was “proud” of his government’s use of the zoning orders, and said he wants to issue more of them for the employment and housing opportunities they offer.

NDP Leader Andrea Horwath said some of the recent orders don’t fit that description, including a controversial warehouse project proposed for a wetland in Durham Region that has drawn ire from environmentalists and nearby municipal leaders.

She said ministerial zoning orders are meant to be “judiciously used” because they allow the government to skip important steps in the usual planning processes, such as public consultation and regulations meant to protect the environment.

Horwath said the government’s current use of the orders is “anti-democratic.”

“It’s really problematic what this government’s doing. They are abusing this sledgehammer of a tool,” she told reporters.

Ford also denied Wednesday that his government is approving zoning orders based on political donations, saying he does not know who the developer is on the warehouse project.

“This is about creating jobs, it is not about donations,” Ford said. “I can’t be bought, neither can our party.”

Meanwhile, Municipal Affairs Minister Steve Clark responded Wednesday to concerns raised by the Toronto Region Conservation Authority, which has said it strongly opposes the development on the Pickering, Ont., wetland in Durham but its board has been forced to permit it “under duress” from the government’s order.

The conservation authority said in a report this week that “there will be a net loss to the natural heritage system” that can’t be fully replaced due to its size.

Clark said the conservation authority has agreed to the plan on the condition new ecological benefits will be created and said the municipality wants the development to happen.

“This is a project that the region and the municipality have asked our government to provide and we’ve extended an MZO for that purpose at their request,” Clark said in the legislature.

He also said that the government would only issue MZOs based on municipalities’ wishes, and announced that he would start the process to revoke a zoning order issued for a facility in Stratford, Ont., based on the city’s request.

“We are committed to working with our municipal partners to advance their local priorities,” he said. 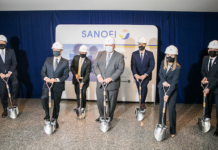 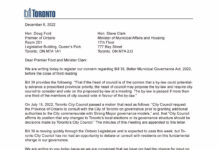 Steady progress being made to implement Ontario’s Flooding Strategy