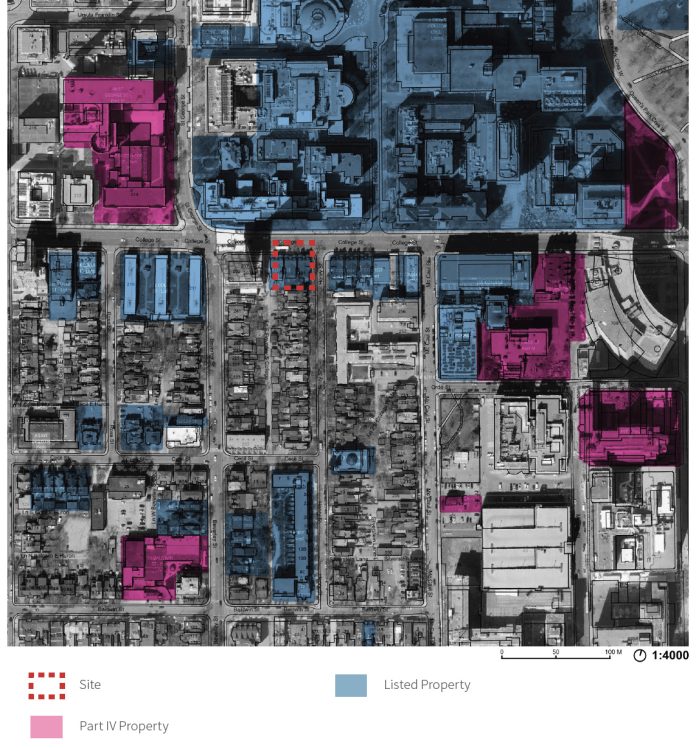 Unix Housing has submitted an official plan and rezoning application to the City of Toronto for a mixed-use development that would be the tallest mass timber building in Canada.

If approved, the 31-storey tower would include about 80 per cent affordable rental units as part of the city’s 2021 Open Door program. It would eclipse mass timber structures in British Columbia (18-storeys) and Norway (28-storeys).

Also, the design by Icon Architects incorporates existing heritage buildings at the corner of College and Henry Streets in downtown Toronto with a tower built with cross laminated timber (CLT).

The site is on the southwest corner of College Street and Henry Street and is currently occupied by three commercial, house-form buildings listed on the city’s Heritage Register and a semi-detached house along Henry Street.

According to the Planning Rationale submitted to the city, “the new podium and tower components will be clad with a wall panel system including glazing and aluminum spandrel panels deployed in a variegated pattern throughout.

“This will clearly distinguish the new components from the retained heritage buildings and provide for a compatible and sympathetic relationship. In contrast to the darker palette of the ‘Theory Condos’ next door, the Proposed Development will read as a lighter and more effervescent building.”

Residents would have access to amenity space on the 8th floor and six parking spaces are included. Two underground levels would accommodate lockers and 448 bicycles, but no motor vehicles.

The design team is currently looking into incorporating geothermal heating/cooling for the building.