Several industry associations are stepping up a campaign to have a private member’s bill for Canada’s first Prompt Payment Act accelerated through the Ontario legislature, though at press time there is no indication that the government is taking measures to bring it forward through the legislature’s committee review process.

The legislation, which received multi-party approval at second reading in May, appears stuck in the Standing Committee on Regulations and Private Members Bills, a common fate for many private member’s bills, which rarely see the light of third reading and proclamation.

Hugh Laird, executive director of the Interior Systems Contractors Association of Ontario (ISCAO), and one of the legislation’s most focussed lobbyists, said the Liberal government seems to place little importance on the Prompt Payment Act, even though the legislation was introduced by Liberal MPP Steven Del Du ca (and received both NDP and Conservative support.)

Jeff Koller, industry compliance officer of the Ontario Construction Finishing Industries Alliance said in a letter to Ontario Construction Report (see page xx) that PC labour critic Monte McNaughton has raised the issue in question Period for the second time in less than a month.  “Premier, is Bill 69 a priority for your Liberal government,” he quoted McNaughton as saying. “And if so, when do you expect to move forward with this important piece of legislation.”

Koller said premier Kathleen Wynne responded: “The bill will move through the normal course of the process in the Legislature.  There will be an opportunity for a debate and a vote.”

However, Koller wrote: “The only problem with that is, in the normal course of process, most private members bills never see the light of day.”

The Ontario Home Builders’ Association (OHBA) has not joined the chorus of support for the legislation, reporting in its November Activity Summary that “it has concerns with the legislation that would mandate payment terms for any construction contract.”

“The legislation would also require the contractor to disclose internal financial information to contractors and subcontractors in the project,” the OHBA said.

“It’s a very significant issue,” says CATB manager Harold Lindstrom. “There aren’t many days that go by that a contractor or one of my members makes a comment about late payment.”

The act would give contractors certainty that they would be paid in a reasonable time frame – typically 30 days, Lindstrom said.

Other business sectors require payment within 30 days. “Why should it be any different in construction?” Lindstrom says.

The chain of businesses in a building project can be long – from an owner/developer and general contractor to a lengthy list of subcontractors and suppliers. “If there is a hiccup anywhere in that chain in which someone stops paying someone it usually is reflected all down the line,” Lindstrom said. “The spread on payment gets longer and longer as you get further down the chain.”

He says some contractors are owed hundreds of thousands of dollars. The affect on their business growth plans can be significant. They might curb hiring plans, halt equipment and materials acquisition schedules – all of which are important drivers to a healthy economy.

“If you can’t meet a payroll, employees don’t wait for 40 days . . . 120 days. Most of them are paid on a bi-weekly basis and if they don’t get paid they don’t come to work,” says Lindstrom.

These views are echoed in Sudbury.

“We don’t understand why the current government speaks about the economy being its top priority, yet they don’t have the wherewithal to pass legislation on prompt payment,” says Denis Shank, the Sudbury Construction Association’s (SCA) executive director.

When contractors go months without pay, they stop hiring new employees, stop purchasing new equipment, stop expanding and so on – all of which are important stimulants to a healthy economy.

“In the worst case scenarios, the cash shortfall leads to bankruptcy,” Shank said.

“This should have been a government bill, not a private members bill. It is a no-brainer that prompt payment is good for the economy,” Shank said. “There are many reasons why owners delay payment. One reason is poorly managed developments that can lead owners to shelling out more for unexpected costs, which leaves them in a tight cash-flow situation. Another reason owners hold onto the cash is so they can use it to develop other land parcels. Anybody that does not support prompt payment legislation is likely to be a company that benefits from not paying.”

The idea of prompt payment legislation is not new outside of Canada. There is legislation in place in the U.S., New Zealand and Australia. As well, many European countries also abide by this legislation.

“So, why not enact legislation in Ontario?” Shank said. “We would be the first province in Canada to do so. It’s good for economy and that is why the Liberals should be jumping on it.”

Overall, general contractors, represented by the Ontario General Contractors Association (OGCA) are satisfied with the proposed prompt payment legislation, after an earlier draft was revised to reflect their concerns.  There may be challenges at the ownership level, and this perhaps explains the OHBA’s concerns, as several builders are also owners/developers.

The OHBA’s concerns were expressed in second-reading debate by Laura Albanese, the Liberal MPP for York South-Weston. “There is wide support for this legislation,” she said on May 16. “I know that some stakeholders, like the OHBA, would like to have some clarification with regard to the level of disclosure, the right to financial information that is contained, and I think that can be done in committee.”

However, Ambrose still supported the legislation in second reading. 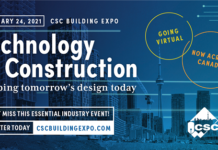